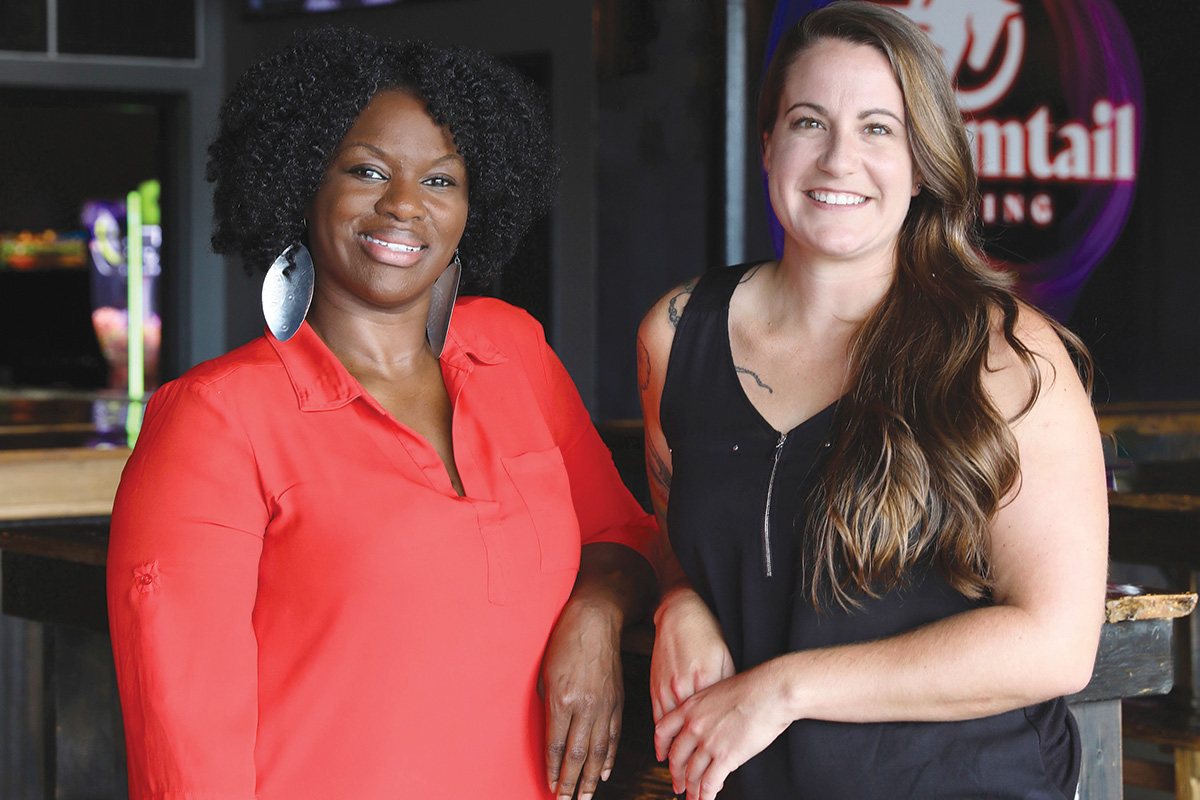 The motto of Young Scientist Academy is “never stop exploring.” So, it’s logical that the organization’s first major fundraiser will take a food and beer event past the obvious and introduce attendees to the science of beer making.

The fundraiser, which takes place August 29 at Broomtail Craft Brewery’s Sour Barn, 7211 Market Street, will feature a presentation by Broomtail co-owner BARRY OWINGS, a water chemist and formulator, on how he changes the profile of local water to create the particular taste he wants for each brew, according to TIFFANY LANE, a YSA board member and an organizer of the event. She says attendees will have three or more Broomtail beers to sample at the event, paired with the offerings from two food trucks: N Sea Oyster Co. and Latin Foodies.

Owings comes to beermaking from the world of science: He is a water chemist and formulator who in 2014 turned his homebrewing hobby into a commercial venture, in partnership with his wife, LISA OWINGS.

“We start with water directly from the aquifer, not city water,” Barry Owings says. “This water is much higher in mineral content yet doesn’t have the potential contaminants that may enter surface water sources.”

The water goes through three processes to remove most dissolved solids and gases, then two filtering processes, leaving it with only a tiny amount of dissolved sodium, he explains. Then Barry and Lisa Owings use this “stripped” water to create the foundation for each beer they make.

“For each beer, we have analyzed the source water and developed a ‘profile’ to match the style from its origin,” Barry Owings says. “The minerals to develop this ‘profile’ are dissolved in the batch mash and sparge water (water sprinkled over the mash) to ensure the beer is to style.”

Owings has suggested several beers to complement the oysters and Venezuelan specialties guests will sample at the event.

“With the oysters on the half shell, a mildly sour ale with a slight brine,” he says, recommending Broomtail’s Galloping Göse with its German water profile. “With barbecue oysters, a dark stout – our Râppe. The slightly dry finish due to the Irish water profile will bring out the umami sensation from the oyster.”

Proceeds from the fundraiser will directly support Young Scientist Academy (YSA) programs, paying for supplies and equipment as well as helping to underwrite staff costs, Lane says. Because the organization’s programs are free to its participants, it relies on the financial support of some individuals and a variety of companies. But to expand its programs and reach more youngsters, YSA needs to broaden and increase support.

YSA, based at Wilmington’s The Harrelson Center, works with youngsters from underserved communities to appeal to their “innate interest in the natural world, allowing them to explore real-world research in science, technology, engineering, art, and math – STEAM topics,” according to the nonprofit.

The nonprofit offers a variety of hands-on programs to children from five to thirteen, serving fifty-five to sixty per week. Some of the programs are taught in Spanish.

Lane’s fellow event organizer DEVON KEELER serves on the YSA Young Professionals Board, formed this past spring to bring fresh ideas and younger perspectives to the organization. Lane is an associate professor in UNCW’s School of Social Work, while Keeler is a medical informatics analyst for a local research firm and a part-time faculty member in clinical research at UNCW’s School of Nursing.

“I joined YSA because I felt in a place in my own life to give back more to my community,” Keeler says of her role. “I’ve thoroughly enjoyed learning about what YSA does and the impact the organization has on youth in Wilmington.”

The Broomtail event is the first fundraiser planned for the coming year, says KIM NELSON, who chairs the YSA board.

“I’ve heard Barry speak on (the water profile) topic, and it’s really interesting,” she says. “We plan several other food events on topics like sustainability, the science of a plant-based diet, and climate change and its impact on vines and wines. Our students have been hard at work on their summer science academy, and we’re excited to hear their results in August.”

Lane says a capacity crowd at Broomtail’s Sour Barn is about fifty people, so space is limited, and all tickets will be sold in advance. Tickets are available now through the YSA website: youngscientistacademy.org.