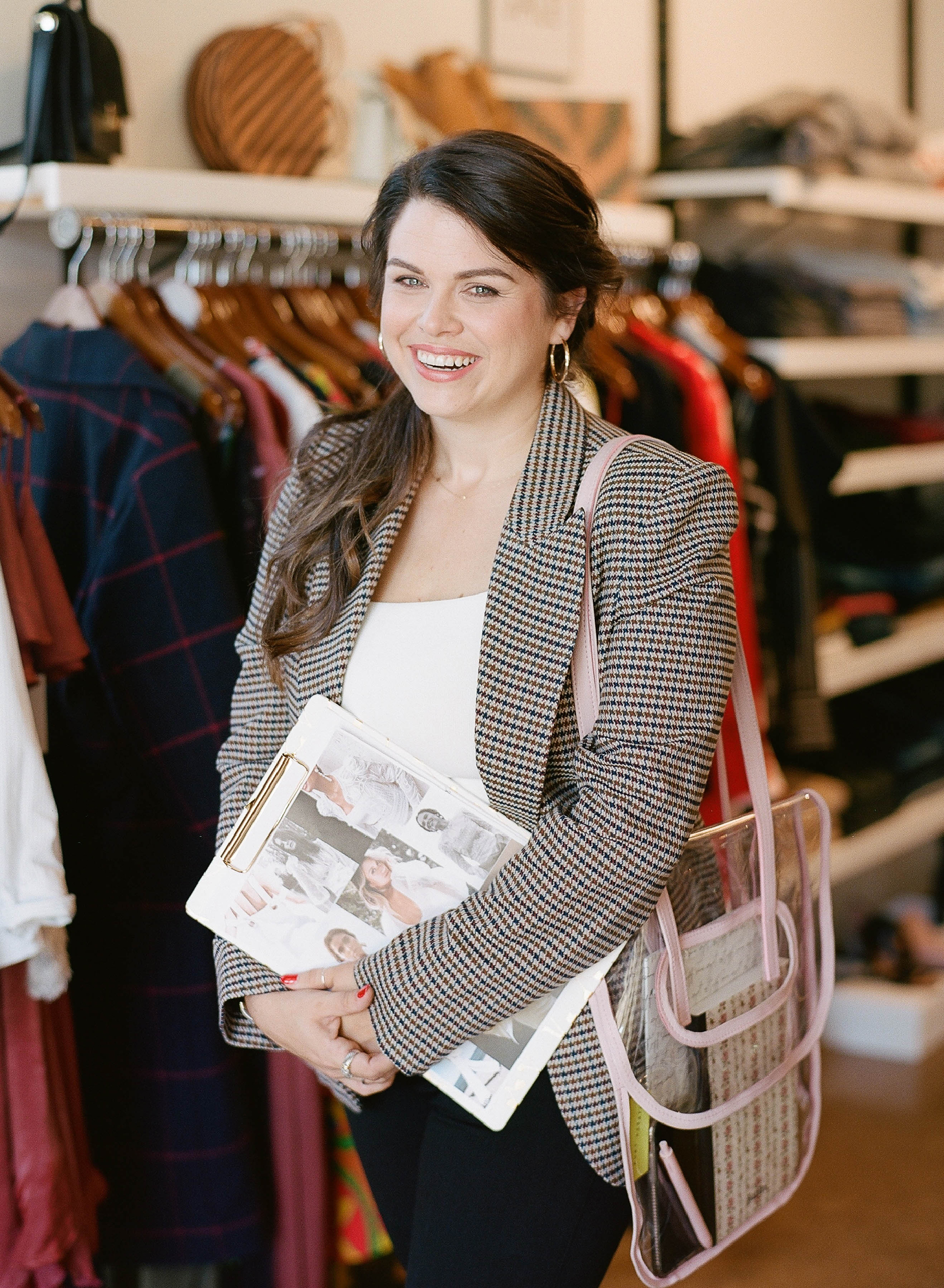 Colors, textures, light, contrast – these are just a few threads in the elemental fabric of fashion, woven together to form a seamless image that inspires as much as it is worn.

It seems like a lot to expect from a shirt or a pair of pants, right?

But for Ashley Duch Grocki, a fashion marketer, editorial associate, and stylist, that’s just for a start.

“I’ve always wanted to style a magazine like WILMA without seeing ‘assistant’ in front of my name. It’s my joy,” says Duch Grocki who since becoming WILMA’s stylist in April, pulls together the magazine’s monthly fashion shoots and covers, including the spread’s for this month’s annual Style Issue.

She and photographer Melissa Hebert make quite the team when it comes to creating the right look and feel for every spread on which they get to collaborate.

Duch Grocki also lends her experienced eye to Blush Haus of Beauté in Lumina Station for marketing and promotional shoots, and she started a blog called The Tiny Essentials (thetinyessentials.com) that features everything from personal style insights to tips for moms everywhere.

She admits that this adds up to a busy schedule, especially for a dedicated wife and mom of a two-and-a-half- year-old, but Duch Grocki says she wouldn’t have it any other way. It’s the kind of work and pace that she imagined for herself even at a young age.

After spending her childhood and teen years in North Carolina, Duch Grocki went to The Art Institute of Fort Lauderdale for a degree in fashion merchandise marketing. From there, she found her first post-grad job as an assistant to stylist Lisa Cera, whom Duch Grocki credits with teaching her the preliminaries of working in the fashion and styling industry.

“There’s just nothing like real-world experience,” Duch Grocki says. “What you learn in school is important, but it’s what you do at internships or a job that shows you what you’re getting into.”

So, when she accepted first an internship at fashion brand Tibi and then a job at event production company Raúl Àvila Inc. in New York City, Duch Grocki embraced both companies’ cultures that she says boiled down to no one feeling as though she or he was above any task. Everyone got coffee, just like everyone had a part to play when it came time to bring events such as New York Fashion Week and the Met Gala to life.

And, when she makes the trip back each year as Raúl Àvila’s assistant production manager specifically for its part in the Met Gala, she immerses herself in the experiences that set the tone for everything Duch Grocki puts into her career now.

“That’s where those dreams that I had my entire life started to come true,” she says. “In this industry especially, you have to really love what you do. This work is your life.” 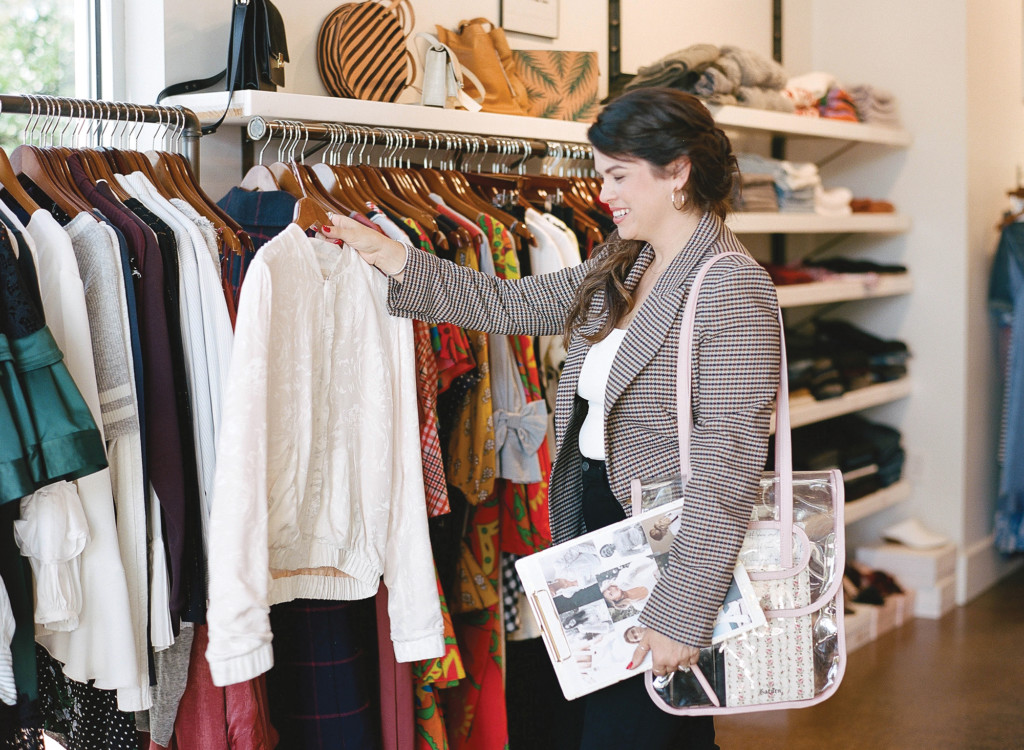 Even after leaving New York to move back to Wilmington, Duch Grocki used that philosophy to make her hometown’s climate work for her. Her husband, Andrew, was incredibly supportive, she says, especially as she began learning the balance between being a mom to their son, Greyson, and taking on jobs that require a lot of personal involvement.

Duch Grocki’s weekly schedule never looks the same – actually, her days sometimes change direction on the fly – but for the stylist, it’s all just part of the job.

Two days out of the week, she works with Blush Haus of Beauté on everything from photo shoots to company events that promote high-end services and products. She says that while the beauty retailer isn’t what most people think of first when it comes to fashion, it all ties in with what she loves most and what she’s able to bring to the creative process at WILMA, too: styling.

“Coming back from New York, I wasn’t sure if Wilmington would be able to support what I do,” she says. “But, when it comes to finding the right clothes to use, Wilmington doesn’t disappoint. This city has it all; you just have to find it.” 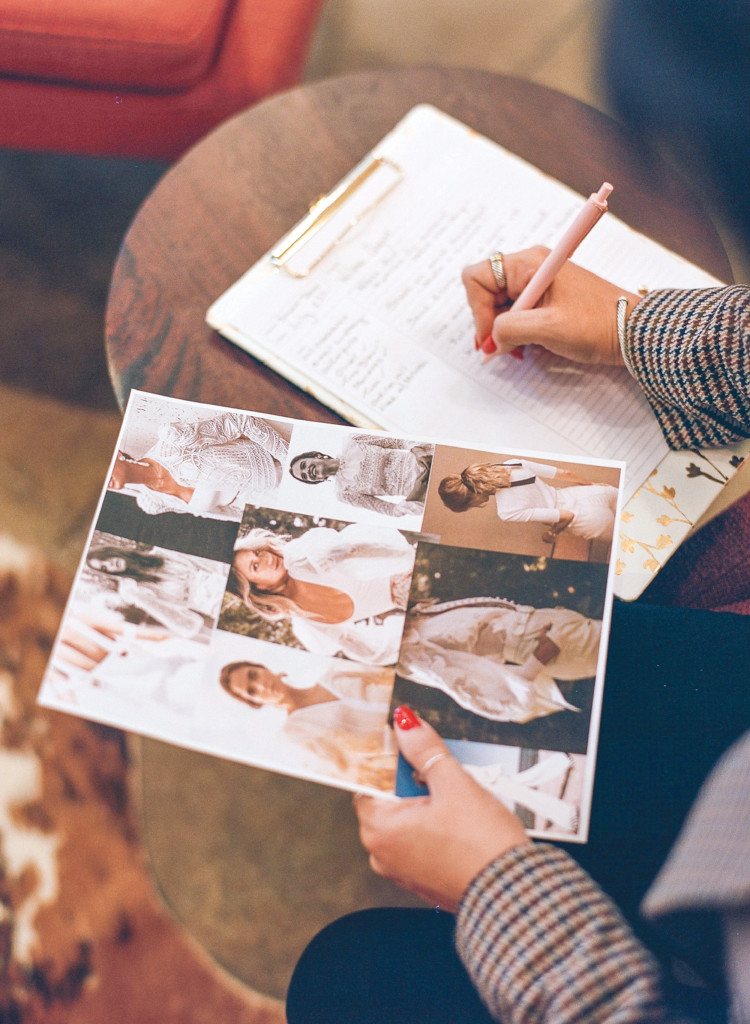 And, if knowing where to go is the problem, then Duch Grocki’s blog might just be the answer. The secret to having those handy updates ready for her readers? Quiet time, and it’s not always easy to come by. Duch Grocki says she likes to take an hour or two to get out of the house and hammer out three to four posts at once and then schedules them out as needed. Whether the topic is related to “mom stuff,” as she calls it, or fashion, she says she likes to keep her posts honest and organic.

When asked if there is any advice she would pass on to others like her, who are passionate about fashion and creating their niche in the industry, there are a few things she says she would have liked to tell her younger self.

“I wish I took a few bold risks,” Duch Grocki says. “So, I’d say be brave. Never say no, and know your worth. Like I said, no one is too good to get coffee, but it’s so important that you also know and appreciate what you’re worth.”