The longtime shop has new owners 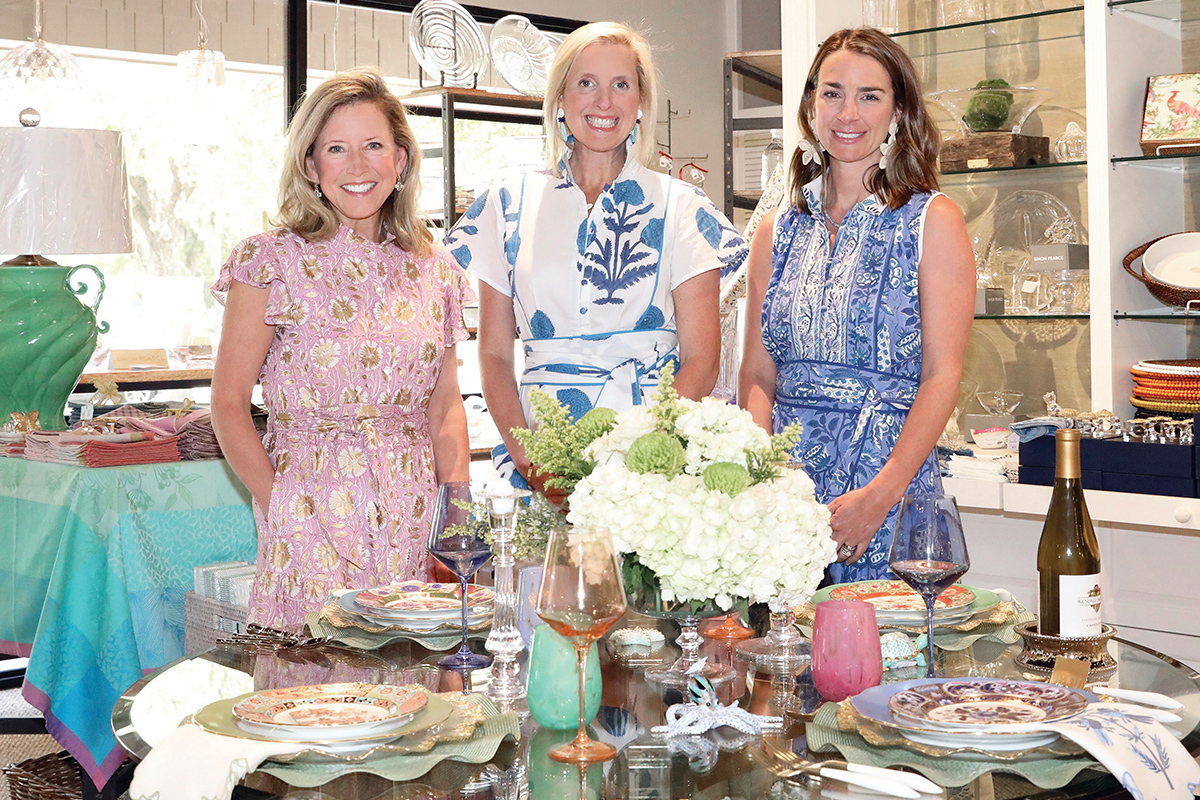 There is something intrinsically personal and sensory about a brick-and-mortar store. Whether it’s the scent of a lit candle, the intention in which a display table is set, or even the music selection – to walk into a store is to get a small glimpse of the people behind it. In Wilmington, there is no finer example of this than Protocol and its three new owners, BETH ADAMS, SARAH MORRIS, and KIM SHIPLEY.

The store, which is celebrating its twentieth anniversary this year, specializes in gifts, bridal registries, home accessories, and furnishings. The founder and longtime Wilmington resident, JOHN JORDAN, recently handed the reins over to Adams, Morris, and Shipley after they had each proven committed members of the store’s staff.

“This was his brainchild,” Shipley says. “John created the store, and it was originally just one room, where the bedding is now, and he continued to add to and grow it over time. When he was ready to retire, he thought that the three of us would be receptive and interested in stepping up and he was right.”

All three women had first started working at Protocol in a part-time capacity.

Morris, taking what she thought was a brief break from her job as a teacher, started as a gift wrapper during a Christmas season. Adams had previously stepped down from a successful twenty-five-year career in marketing only to find herself itching to get out of the house again. And Shipley coupled a part-time job as an attorney with her early days at Protocol.

Eventually, the store and its customers made an impression on each woman and left them wanting to dig in deeper.

“Even though we were working part time, the three of us approached this as more than just a job,” Adams explains. “We’d ask, ‘What lines are going to help the store? Where’s the growth potential? How do we improve efficiencies?’ We felt invested in the store and had a shared commitment to it.”

One of the turning points for them, when it came to their connection to the store, was their first individual trips with John “to market.” For a store like Protocol (a “general store of fine goods” as Shipley puts it), a trip to the various markets across the country is an opportunity to encounter a vast array of potential vendors, build relationships, and start piecing together what items you’d like to carry. 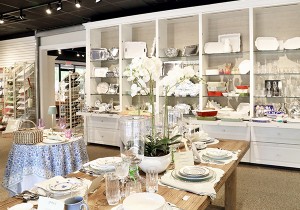 “At that point for me, I had been here most days of the week, helping customers and getting to know that side of the business,” Morris says. “But when you go to market, and you can put a vendor’s face to their product and hear them talk about it … everything just becomes more personal. And then, since buying the store, we’ve brought in a few new lines that we picked out and that even furthers our mutual investment.”

As for the future of Protocol, everyone is in agreement that the store will not waver from the two pillars in place since the beginning – excellence in customer service provided and brands offered. While there will certainly be new lines introduced and the collective touch of Adams, Morris, and Shipley, what’s core to Protocol will remain.

Especially in the era of online shopping, there is just something special about a store that puts an equal amount of attention and care toward tying the perfect bow on a gift as they do to crafting a display table of Baccarat crystal.

The bridal registry element of the business (which is flourishing this year after the past couple of years of postponed weddings during the pandemic) is a striking example of the personal element of Protocol. Sure, you can walk around a department store with a scanner and pick out plates, or you can have Adams walk you around the store and help you create a curated registry to start the next chapter of your life with.

From a bottle of hand cream to an entire bedroom set, no matter what a customer walks into Protocol in the market for, they can expect to be met with quality brands and exceptional service.

“At the end of the day everyone’s just trying to bring some element of beauty into their life in whatever form that is,” Shipley says. “And we love to be a part of that process.”