Ryanna Battiste gets real about food 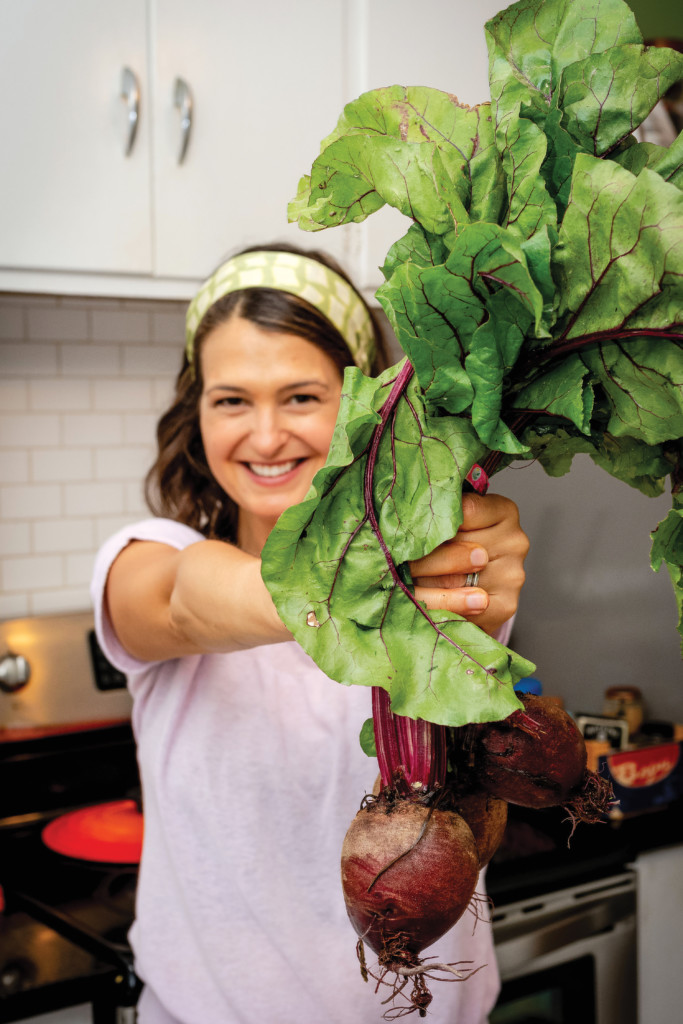 What began as a small business in a cozy house on Wrightsville Avenue nearly ten years ago has grown to be so much more thanks to a savvy business owner and loyal customers and friends.

RYANNA BATTISTE is the brains behind THE NEW SCHOOL KITCHEN, which is defined as “the application of fundamental principles to any and all patterns of eating.”

“I started out offering community- based food and cooking classes about fermenting, quitting sugar, and embracing the many aspects of adopting a real foods lifestyle with Grub,” Battiste says about the former business. “I (wouldn’t be) where I am without those years of in-person exchanges with awesome women craving genuine connection and support around their food struggles. I have become so much better at helping people change their habits, and I am able to do it virtually now.”

“In 2014, I studied health behavioral change at Duke Integrative Medicine and became a National Board Certified Health and Wellness Coach,” says Battiste, who is still based in Wilmington. “By embracing video-based learning, I am now able to reach students all over the country and offer cooking classes and coaching sessions in virtual groups, with participants logging on right from their homes.”

Battiste says the site has engaged thousands of women – and some men – with its free recipes content, which is updated regularly, and through social media.

“I believe two things need to change for anyone to change their food-stuff forever: a change in habits and a shift in mindset,” Ryanna Battiste says.

“My programs and products have been developed to support that entire journey, from honing new cooking skills and prepping routines, to practicing more personal development skills like communication with a partner,” says Battiste. 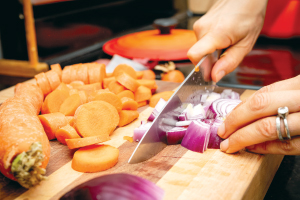 The first is seasonal menu plans where she sends a weekly plan of breakfasts, lunches, dinners, snacks, and sweet treats. This includes a grocery list for the week.

The second is a monthly membership to The New School Kitchen that gives members the ability to shift their habits a little bit at a time with Battiste’s handson help through an exclusive app.

The third is a transformation group program that is only offered three times a year and is a monthlong, small-group experience during which members learn how to embrace the concept of incorporating more real food into their routines. 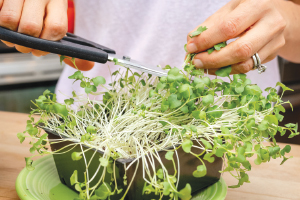 Real food means foods that are as close to their natural or whole state as possible or only a few steps from that, Battiste explains on her website.

“If it’s in a package, there are very few ingredients and you can pronounce all of them,” she says.”

Finally, the fourth program is masterclasses that consist of video-based classes as well as resources to learn in a variety of ways. She also recently has done these classes for kids.

“The membership is by far my most popular experience,” Battiste says.

She now has more than 150 participants working through their habit changes and mindset shifts. Monthly challenges include kicking sugar, drinking more water, and learning to prep meals, says Battiste. 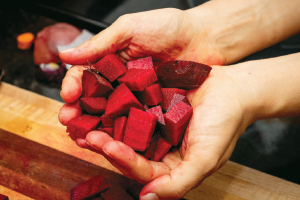 Battiste also is working on a cookbook that she hopes to publish next year.

The approach is not a diet, Battiste says, and she doesn’t recommend or prescribe one pattern of eating. Instead, it’s a “way of life.”

“This business is working because women desperately need permission to show up for themselves, support in staying there, and creative solutions and hacks for rocking at their kitchen game,” Battiste says. “When we can become consistent in the kitchen with self-nourishment and confront the limiting beliefs, excuses, and emotions that keep us coming back to those less-than-desirable foods, we can find true food freedom.”

“It’s been deeply rewarding work,” she says, “that gives me just the right perspective I need on my not-so-awesome personal days.”