You may have heard about floatation therapy, floating, or float spas. It seems to be more popular lately and even has professional athletes, such as Stephen Curry, singing its praises.

But what does it really mean to float and where did this idea even originate? According to Merriam-Webster floatation is “the act, process, or state of floating.” Hmm, let’s dig in a little deeper.

Many credit John C. Lilly with being the originator of sensory deprivation; a key aspect of flotation therapy. Lilly, who was born January 6, 1915 and passed away September 30, 2001, was an American physician, neuroscientist, neurophysiologist, and psychoanalayst in addition to being a philosopher, writer, educator, and inventor. 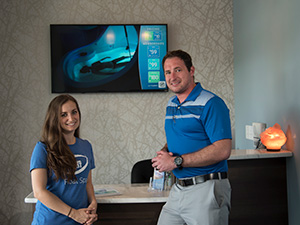 He published over 125 scientific papers and nineteen books, covering a variety of topics such as neurophysics, interspecies communication, and altered states of consciousness. In the forties and fifties, he began to seek an understanding of what would happen to our brain if it did not receive external stimulation.

He used a large floatation chamber and utilized a contraption that was similar to a blackened-out scuba mask to immerse himself and block out external stimulation. Lilly discovered that, even without external stimulation, the brain stayed active. Further, he found that after the experience, he and the participants felt a sense of relaxation and calm.

This positive sensation led Lilly to immerse himself into sensory deprivation and brain response over the next two decades. Lilly wanted to bring the experience to more people, and partnered with Glenn and Lee Perry to design a flotation “pod.”

The float pod utilized a small amount of water and a large quantity of Epsom salts so people could comfortably lay down and float on water, while removing the external stimuli. The first float tank center opened in the early seventies and over the decades, float pods were incorporated into massage therapists’ offices, float spas opened, and additional research was conducted into the benefits of REST (Restricted Environmental Stimulation Therapy). 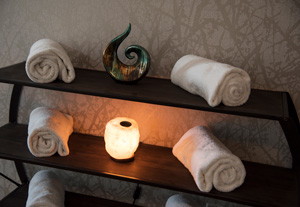 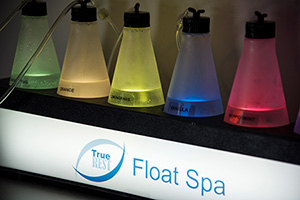 There are numerous purported health benefits of floating. According to JANELLE SLACK (above, left), co-owner (along with her husband Josh) of TRUE REST WILMINGTON, some of the common reasons customers float are to help with “back pain, chronic inflammation issues, anxiety or stress, post-traumatic stress disorder, as well as sleep issues.”

Slack herself floats at least one time a week, saying that floating is a way of “letting your body do what it needs to do itself.”

The brain gets into “a relaxed state, which can be very meditative,” Slack says, adding that her husband has found floating beneficial in easing his back pain. The float pods True Rest Wilmington utilize have only 10 inches of water and 1,000 pounds of Epsom salts. “It’s more concentrated than the Dead Sea,” Janelle Slack says.

In addition to the physical and mental benefits of a float, immersing oneself into water with high concentrations of magnesium sulfate allows the those in the float to “get magnesium through the skin, which has a plethora of benefits itself,” she says.

Wilmington resident André Silva first became interested in floating after listening to a Joe Rogan Experience podcast episode about it. He was curious about the experience and “had a sense there was nothing to be too afraid of, so decided to try it.”

On the first float, often people’s bodies are learning what the experience is like and taking some time to settle in to the experience.

“Since there’s no sensory input, you lose your sense of orientation, since there’s nothing to give that sense of place,” says Wilmington resident André Silva, who tried floatation therapy at two different float spas, including one in Austin.

After about thirty minutes, he felt he was able to fully settle in. After the float, which lasted an hour, he had a “sense of getting a full eight hours of sleep.”

His experience led him to float a second time, and he says he’s planning to try it again.

“It’s almost a skill you learn,” Silva says, adding that he’s heard you can get a “little more (from the experience) each time.”

Curious about floating myself, I decided to “dip my toes” so to speak into the float world. After heading to the spa, watching a brief educational video, and taking a quick shower (required before floating), I stepped into the pod.

There was a glowing blue light and soft music playing as I closed the lid. The music stopped and, at that point, I had the choice to keep on the glowing light or turn it off to fully enter into the float abyss.