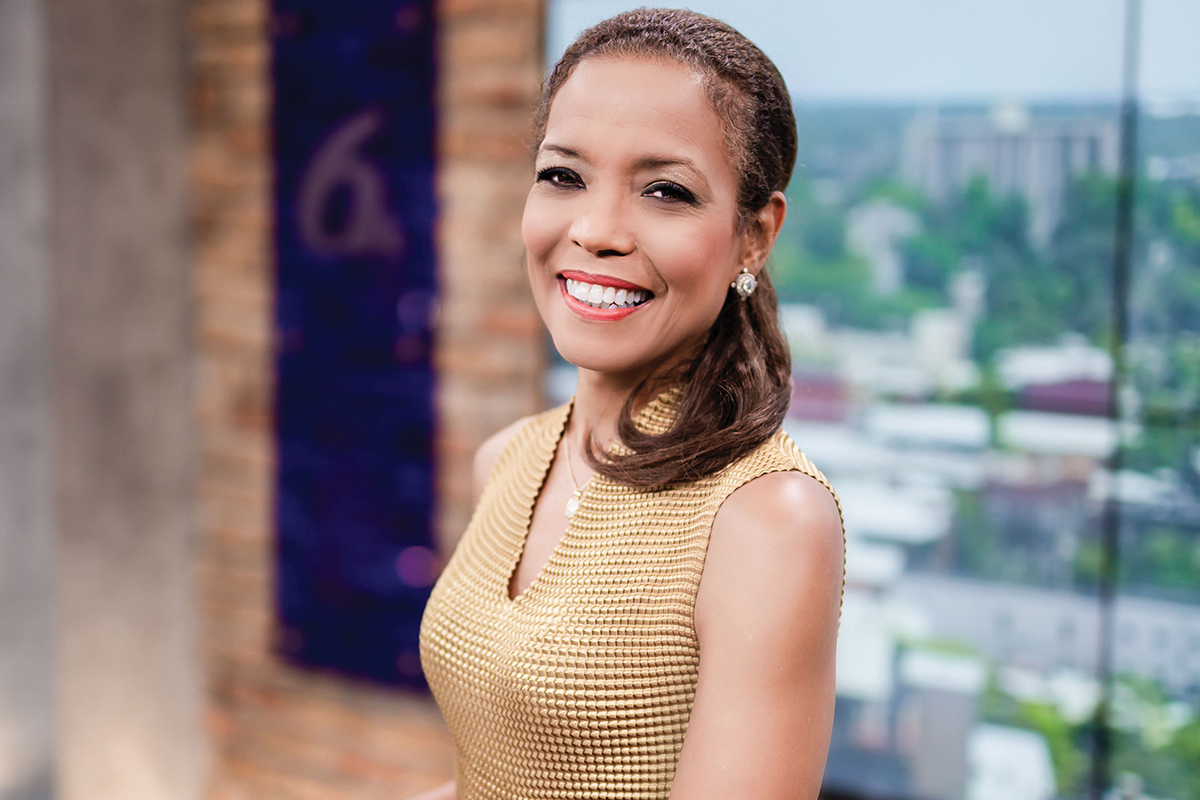 A lot has changed in Wilmington over the past forty years, but no matter what has happened, residents have relied on a familiar face and voice to keep them informed.

“WECT has become my home away from home literally,” Weller says. “When I drive up to 322 Shipyard Boulevard, I’m coming home … This place is so near and dear to my heart.”

The recent milestone has given Weller a chance to reflect on her road to the anchor desk she sits behind and her many experiences as a broadcast journalist. “Being able to anchor the news in a community that I grew up in has been truly a blessing,” Weller says.

As a child, Weller read newspaper and magazine articles to her family at the dinner table. In junior high, she was editor of the school newspaper at Roland Grise. “It just seemed like I was born with this desire to read articles and tell the news,” Weller says.

She did, however, have other career aspirations. Weller says she thought, early on, she’d become a psychiatrist. Later, she planned to go to law school. “My senior year in college is when the bug bit,” Weller says. “I was watching the news just about every day and saying, ‘I want to be that.’”

Inspired by news anchors she saw in the Raleigh-Durham news market, Weller decided to give journalism a try.

In 1981, Weller graduated from the University of North Carolina at Chapel Hill where she majored in speech communication. She landed a job at WECT in 1982.

“I watched KEN MURPHY on WECT every night because my parents watched the news religiously,” Weller says. “Ken Murphy was the man; he was the newsman, and I wanted to work at the television station that I grew up watching.”

Weller’s first role at WECT was as a front desk receptionist. About three months into her job, Weller got her first journalism role as a general assignment reporter.

“I enjoyed being a reporter,” Weller says. “I thought down the road, many years later that maybe I would anchor, but that wasn’t really on my radar at the time the news director came to me and said, ‘I want to put you on the 6 o’clock news,’ and I’m like ‘What? As in anchor? As in sitting next to Ken Murphy, the man that I grew up watching?’ I will never forget that day. I think I was walking on air. I was that excited.”

Weller says she thinks most about what her role at WECT has enabled her to do for the community.

“What is most important to me on this job is not what I do on the air, but what I do off the air,” she says. “It’s the community events that I’m involved in. It’s making a difference in people’s lives that I think defines my role best here at WECT. Those are the highlights for me.”

Weller is involved various community causes and events. Two projects she calls dear to her heart are Fran’s Fans, WECT’s annual fan drive to collect hundreds of fans for seniors, and Weller’s Wheels, a bike drive spearheaded by Weller that WECT holds each December to collect new bicycles to distribute to children in need for Christmas.

“It’s a daily blessing to be able to do what I do, and then to have a community that accepts me, embraces me, and allows me to come into their homes every day, that’s an extraordinary blessing,” Weller says.

Weller says she’s pleasantly surprised that even after forty years no one has been asking her if she’s going to retire or encouraging her to do so.

“That’s what is great and feels good about celebrating forty years, because no one is expecting me to go anywhere, and I’m loving that,” she says.

“As long as I can stay current, viable, and still have the passion that I have for what I do every single day and wake up in the morning with as much energy and zest to come and do this, I cannot put a period on this sentence,” Weller says. “I still have work to do at WECT. I don’t know when it’s (retirement) going to be, but the first forty years have been fabulous, and here’s to how ever many more.”