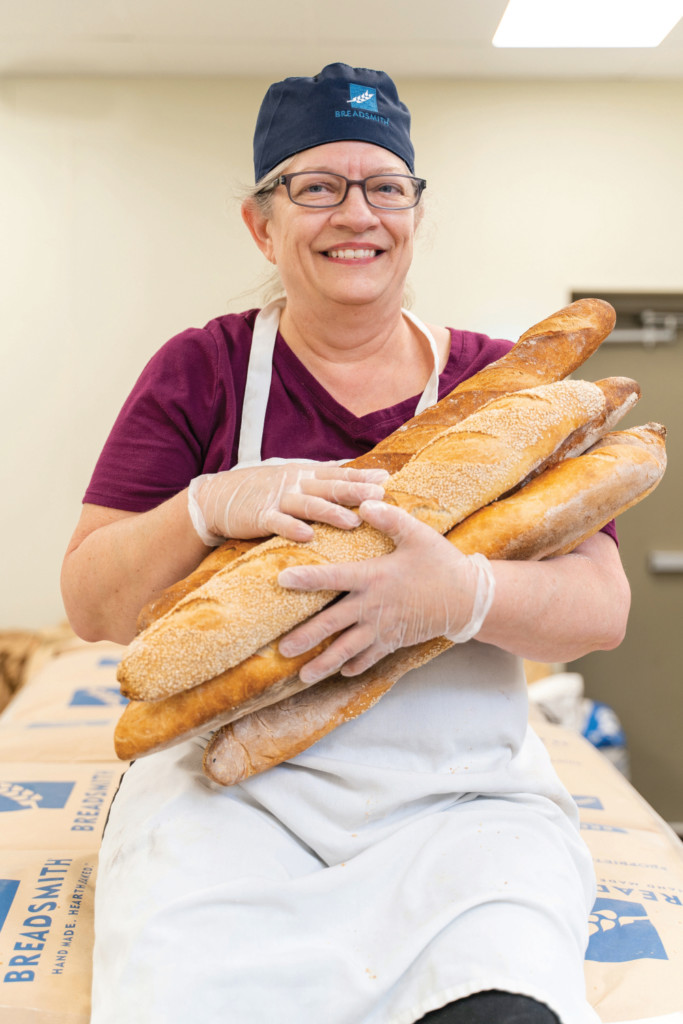 Some of KATHY STONE’s earliest memories take place in her mother’s kitchen. Raised by a home economics teacher, Stone says she has been cooking and baking ever since she could pull a chair up to the counter.

Once she became a mother herself, she often baked simple breads for her family, all based on a basic recipe that had been passed down through the family. She took some cake decorating classes and was eventually inspired to enroll in culinary classes to up her baking game.

“I found that I really enjoyed the bread baking classes,” Stone says. “It was then that I began to realize the science behind it all.”

Bread baking is often referred to as a science. The process of making the world’s most widely consumed food involves chemistry and physics, with a little math thrown in for good measure.

While Stone enjoyed experimenting with bread baking at home, she initially doubted whether she could handle producing it on a commercial scale. 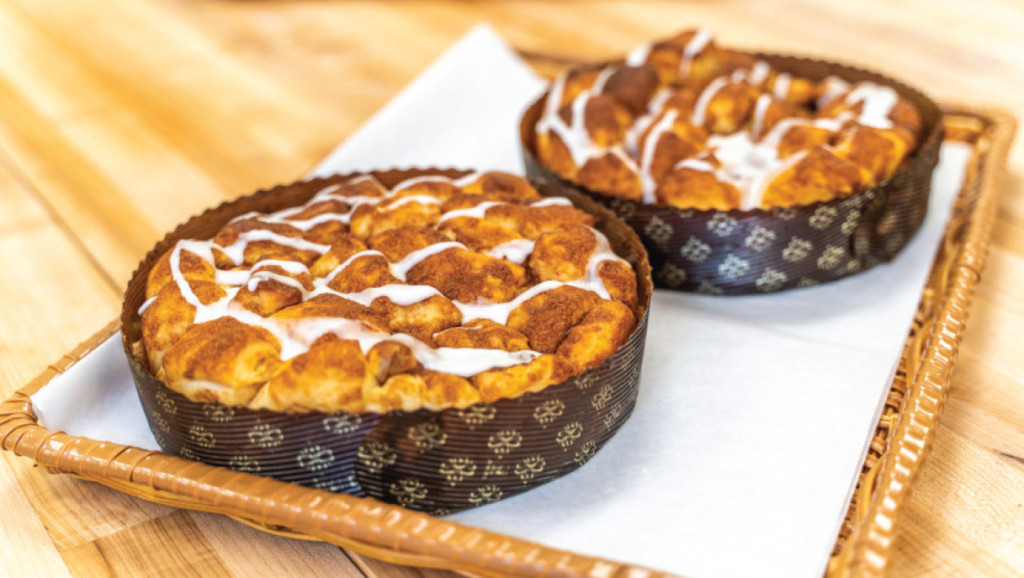 With her husband Steve’s early retirement, the couple began seeking opportunities to start a business. One of the things that drew them to Breadsmith was its computerized mixing system that is programmed with the proper water temperature and mixing time for each of the bakery’s 300-plus recipes. The staff still needs to measure the ingredients and shape the loaves, but that, says Kathy Stone, is something that can be taught.

She explains that despite this advanced technology, Breadsmith bakers do not use timers. They determine when loaves are ready to come out of the state-of-the-art European hearthstone oven by look and feel. 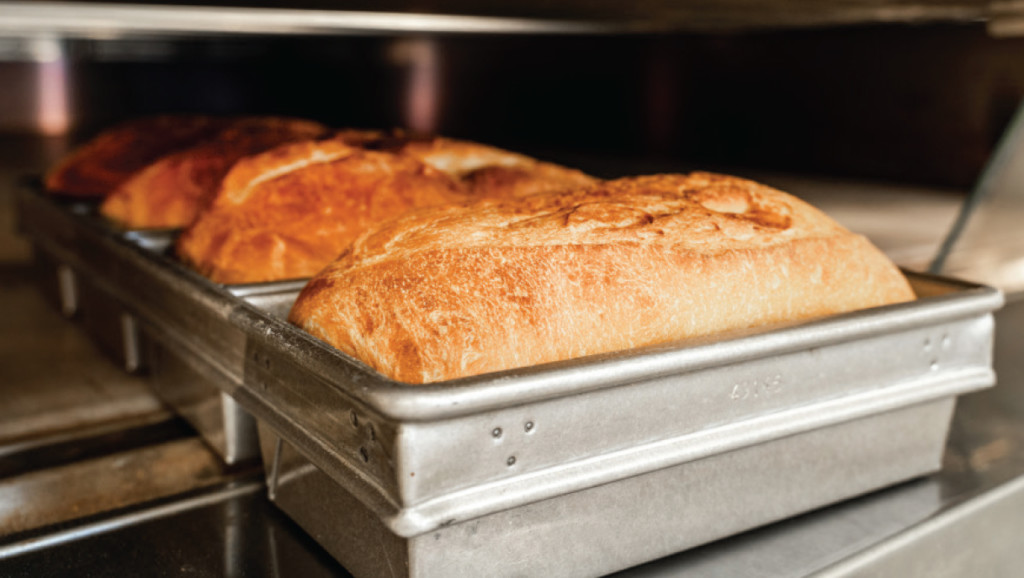 Before signing on as franchisees, the Stones visited the company’s headquarters in Whitefish Bay, Wisconsin. The visit helped to assure them that the production model was sound and that they would be able to put out a consistent, high-quality product. The Stones relocated to Wilmington from San Antonio and opened not one, but two Breadsmith locations to serve multiple neighborhoods in the Port City.

In September, they opened the bakeries in Mayfaire Town Center and Monkey Junction on South College Road.

The response so far has strong, according to Kathy Stone.

“We have a lot of customers telling us that they can’t find bread like this anywhere else in town,” she says. “It’s very rewarding to see the smiles on their faces when they come in the door.”

She considers bread to be one of the ultimate comfort foods, which is why it always has a place at the holiday table. 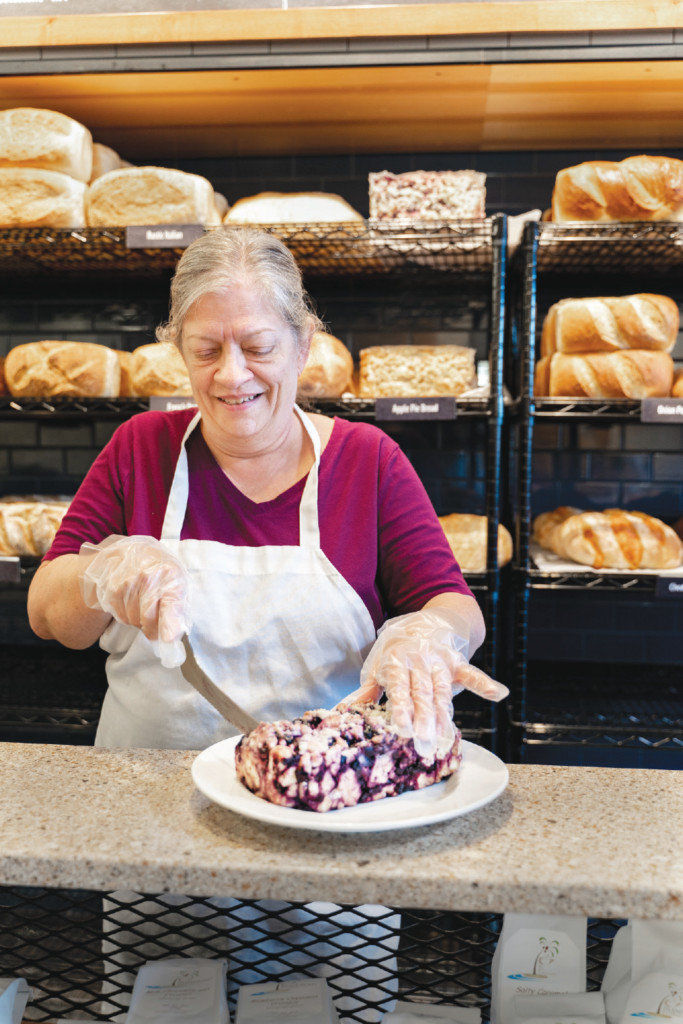 “I grew up in a family where we didn’t usually have bread at mealtime, but I can remember that there were always hot buttered rolls at the holidays,” she says.

With their first holiday season now in full swing, Breadsmith is gearing up to feed the masses.

Their top three best-sellers over the past few months have all been dessert breads.

The Apple Pie bread continually tops the charts, followed by Cinnamon Cobblestone and Lemon Blueberry. They bake, on average, about eighty loaves of dessert bread a day but will likely have to up that number for the holidays.

Kathy Stone says that throughout October and November the bakery began testing the market response to some potential holiday offerings with flavors such as ginger, cranberry, and pumpkin and used customer feedback to help plan the holiday menus.

“We get a lot of special requests,” Kathy Stone says. “So, we’ve taken that into conwilma sideration in planning the holiday menus as well.”

Two of her personal holiday favorites are ginger cookies and banana bread. In addition to the eight “daily breads” the bakery offers, Breadsmith has a wide variety of holiday baked goods, rolls, scones, coffee cakes, and dessert breads – all showcasing the flavors of the season. 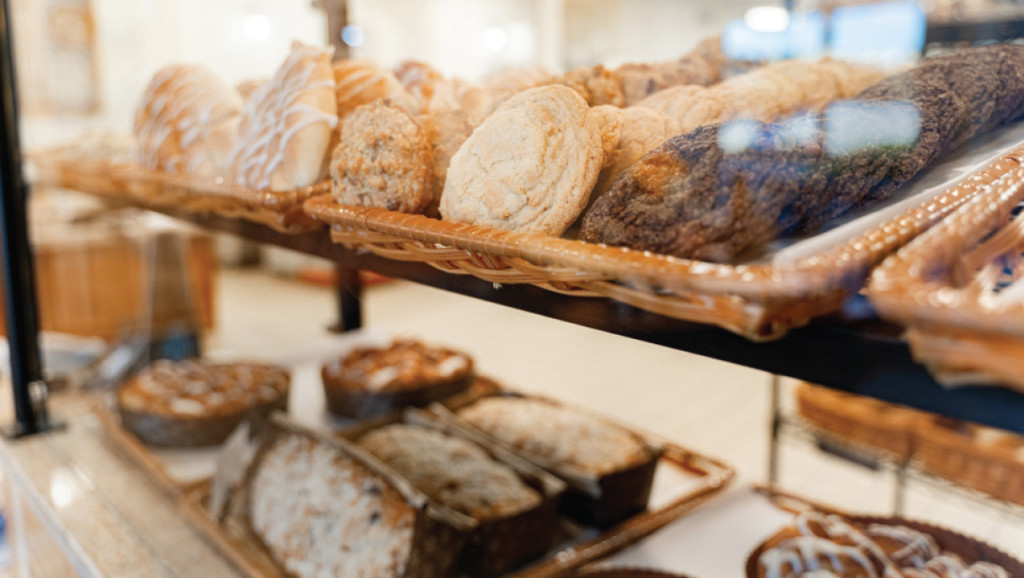 Advance orders are always accepted and encouraged, particularly for larger quantities and for the increasingly popular dessert breads, which sell out daily. And, the Breadsmith staff is happy to put a loaf or two aside for customers upon request and availability.

“Not everyone likes to bake or has time to bake, so we’ll be sure to have plenty of things on hand,” Kathy Stone says. “Because when it comes to the holidays, everyone has their favorites.”