Sheila Boles’ success on and off the court 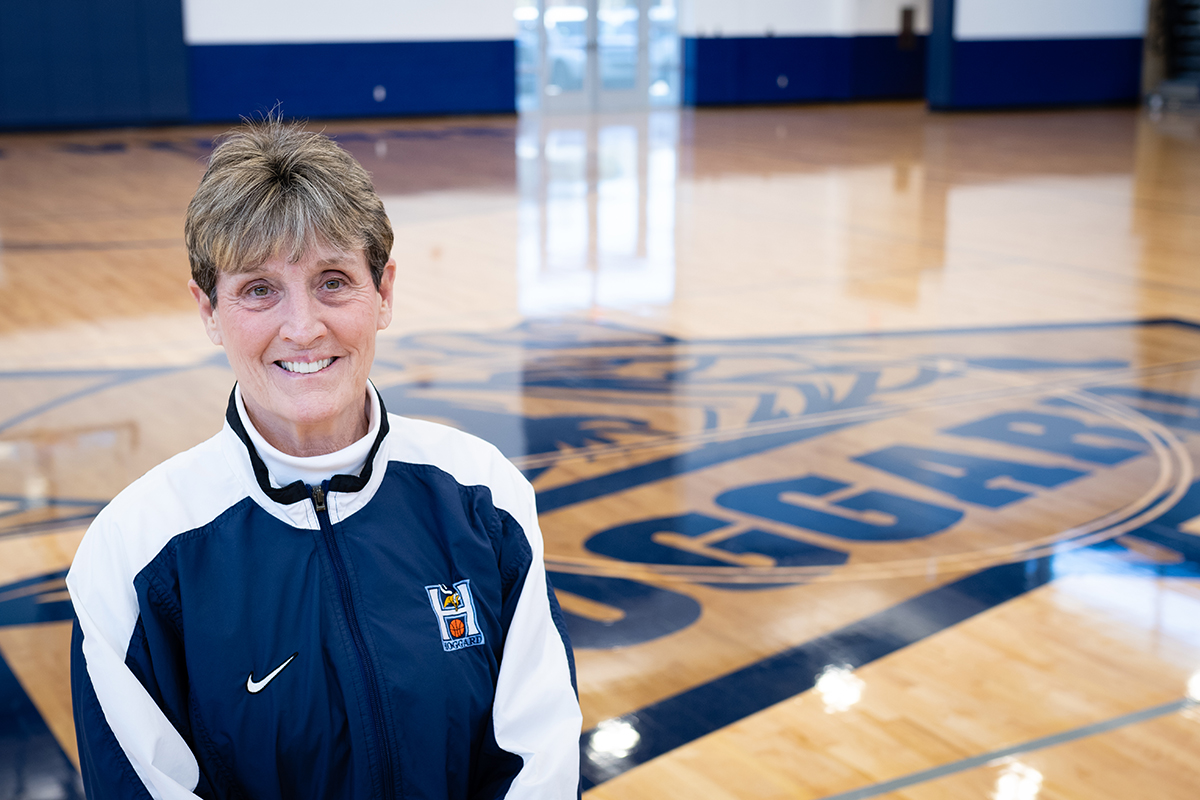 Of her very long list of achievements, accolades, and honors in athletics, SHEILA BOLES is hesitant to take much of the credit herself.

In fact, much of her story is prefaced by “The first woman to …” before Boles became an award-winning athletic director.

Some of the most important lessons learned as an athlete and coach – passion, practice, preparedness, perseverance – still inform her work and leadership today. Boles says, however, it was really a combination of having a supportive family and strides in gender equality that set her on a record-breaking trajectory.

“I have had the opportunity to be the first female to do many things. I attribute that to four things: my parents, timing, recognizing opportunity, and working hard, especially when no one is looking,” says Boles, who last month received the YWCA’s 2021 Lifetime Achievement Award.

“It was more than a young woman could imagine at the time,” she recalls.

Boles picked up an All-State title in basketball, but she also was an accomplished player on UNCW’s first women’s volleyball team and AIAW Women’s State Championship Volleyball team. Boles would continue to establish herself as a leader in Cape Fear sports for decades to come as an award-winning coach for girls basketball at Laney, as well as the Trask Middle School’s boys team. 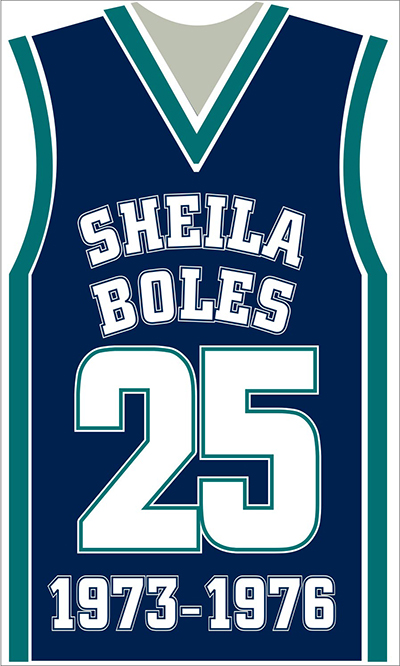 By 1989, she was hired to coach boys basketball at Hoggard High School, where she picked up a couple more AAAA Coach of the Year Awards, and now the school’s gym stands with her name.

When Boles was named Hoggard’s athletic director, she became the first female AD in the county.

“I wish my athletes knew how much they had taught me and how at the age of sixty-seven I am a much better person because of them,” Boles says. “They help put life in perspective. When you coach you are in contact with players that come from different backgrounds, and that opens your eyes to the realities of life.”

Tell us about a significant mentor or leader in your life that made an impact on you and your approach to leadership?

Boles: “There is no question that my parents were the two most significant mentors and leaders in my life. They mentored me and lead me by the example they set for me. I think the most important thing about my parents was the way they treated people with respect and kindness.

For you, are there any notable differences between working with female and male athletes? Do they sometimes come in with inherently different perspectives or attitudes?

There are two things I have observed that are different: confidence and criticism.

Boys seem to have more swagger and confidence in their playing ability. But, with nurturing and time, girls develop that same level of confidence as boys.

I think girls can personalize criticism, even when it’s directed at the entire team. When you criticize a boys team, they view it as someone else’s fault. Taking criticism is the biggest difference I’ve seen, but I think that is changing now, after fifty years of women’s sports in schools.” 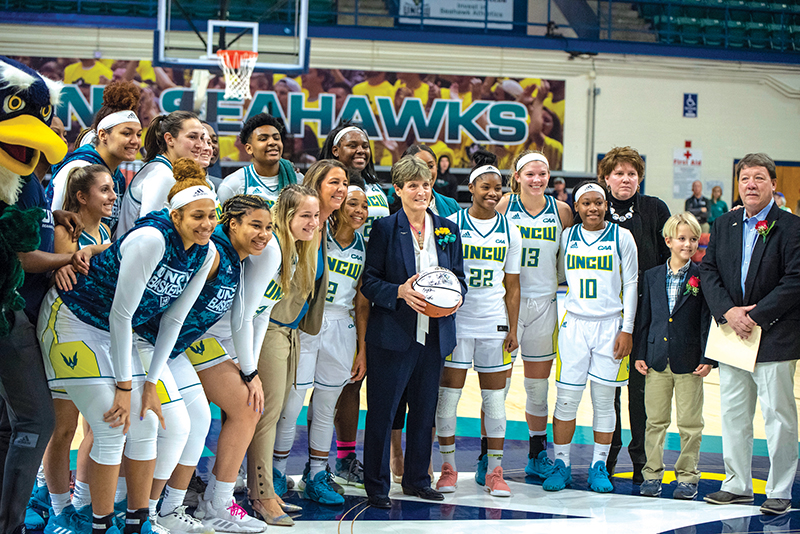 How have lessons learned as an athlete and coach informed your work as NCHSAA athletic director?

Boles: “I think being a coach for many years before I became an athletic director gave me the ability to see the big picture. I had the insight of what coaches needed to be successful and to do what was best for their student-athletes.

Communicating, being flexible, supporting your coaches, having the right people in the right places, keeping it all in perspective, and having fun, and making the tough calls are just a few of the things you need to do to be a good administrator.”

What do you think people who’ve followed you – players, employees, mentees – would say about you as a leader? What’s your leadership style?

Boles: “You never know what people think, but I hope that my players would think I was a coach that cared about them as a person and that I invested in them.

I don’t really think of leadership as a style, I think of it as a behavior. There are so many things that I think makes a good leader:

Admit when you are wrong.

Be a part of the team.

Give credit where credit is due.

Know your strengths and weaknesses.

Be passionate, be persistent, integrity, and discipline.

Any advice for student-athletes or even coaches getting started in their careers?

As a coach, if you care more about your players than you care about the sport you will be successful.” 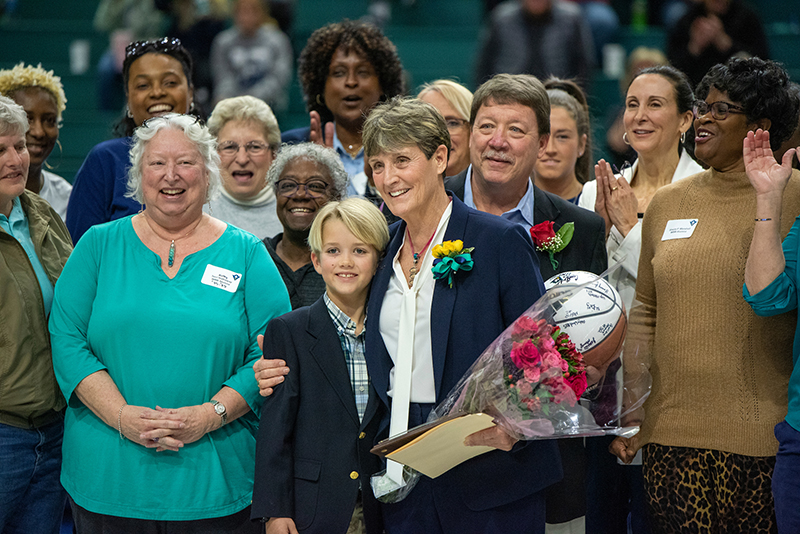