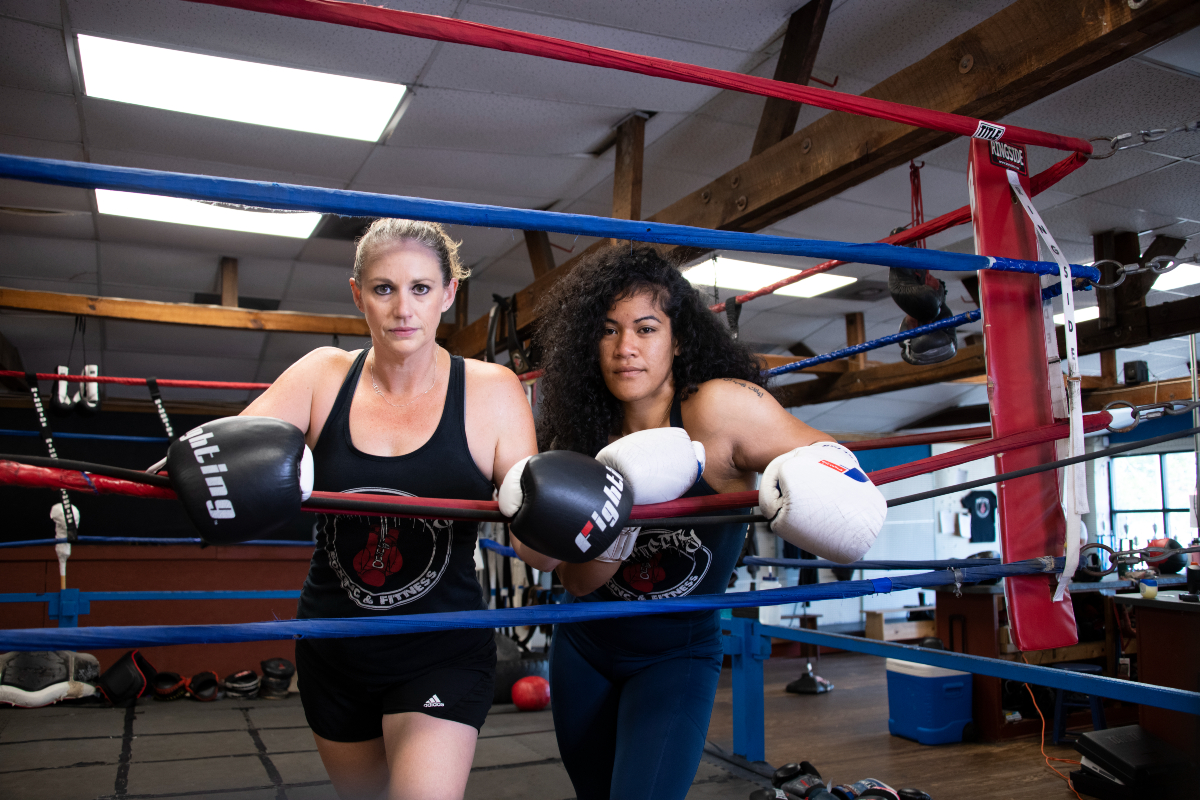 Port City Boxing brings the NC All-Female Invitational to town this Saturday, September 18. “I want to shine a light on female competitors,” says Coach ANDRE THOMPSON, a mainstay of Wilmington boxing known for his unwavering dedication to female boxing.

One of the first boxing coaches to train women – who weren’t recognized within the sport until the early ‘90s – Thompson says he’s impressed with female athletes’ commitment to training: “They always come back!” In cultivating female boxing and growing its regional ranks, he’s turned Wilmington into a hub for women who like to punch.

“A lot of coaches don’t know how to work with females and don’t want their competitors to get hurt, so they can become particular about finding matches,” says local athlete BROOK BOWER (above left), who’s been training with Thompson for over five years. Because ‘not finding matches’ is endemic to female boxing, constant training means she’s always ready when one comes through. 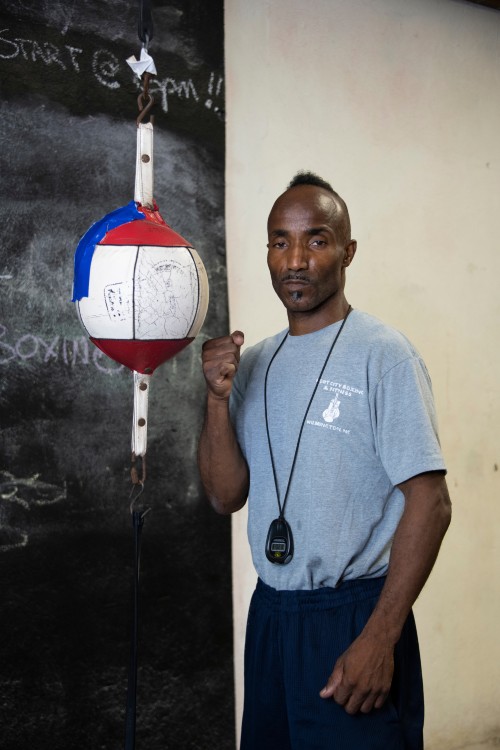 Bower started for the fitness, and then she saw two women sparring in the ring. “I was like, ‘Wait, we can do that?’ Women get to do that?’” She was hooked.

As a life-long runner, however, getting punched in the face was a new challenge for Bower. “It’s not an easy thing to learn,” she says. “Women are hard on themselves, and they’re competitive,” explains Bower, “so they may get a little timid if they don’t do well. But once they commit, 99% of them show up.”

Now, after several years in the amateur circuit, Asuega’s ready to go pro. “Coach Andre understands the mindset women have, more than other coaches do,” she says. “He understands the balance between logical and emotional—female fighters are emotional beings,” she says, with a smile. “I’ve learned so many things from that man,” she adds. “Not just about boxing, but about life.”

Through Port City Boxing,  Thompson welcomes anyone interested in the sport-all genders, all ages, all levels. And as always, encourages women to dig deep.

“He gives you the tools to change your mindset,” says Bower, “to where you can physically roll with the punches.”

The All-Female Invitational welcomes women boxers of all ages – from 9-years-old to 40-plus – from across the Southeast, Connecticut, and as far as Colorado. “If there’s a guaranteed fight,” says Thompson, “female boxers find a way there! They go through the struggle of not being able to find matches, the training, the mental workout…it’s their time to shine.”

Proceeds from the All-Female Invitational will benefit Friends of Boxing, LLC, a nonprofit with the goal of growing self-discipline, building self-esteem, and promoting diverse social and cultural experiences through physical conditioning.