The players behind the curtain

On any given weekend, locals can choose from a variety of theatrical entertainment. We can lose ourselves in the story and song brought to us by talented actors and directors. Of course, more happens than what we see onstage, and it’s no surprise there are gifted women working in the wings. For them, the magic of theater is being able to make it happen.

As a girl, HANNAH FUNDERBURKE performed dance recitals on the stage at Odell Williamson Auditorium. Now, she is the technical specialist there for Brunswick Community College.

During the years between, though, she’s accrued decades of experience, from performing in productions for Cape Fear Academy, to internships for Jacob’s Pillow Dance Festival, to ten years of working in Nashville’s music scene.

“One of my epic moments was working with Keb’ Mo’,” she says.

She had seen the accomplished blues musician perform when she was younger. “He is amazing. And then I got to work for the man.” 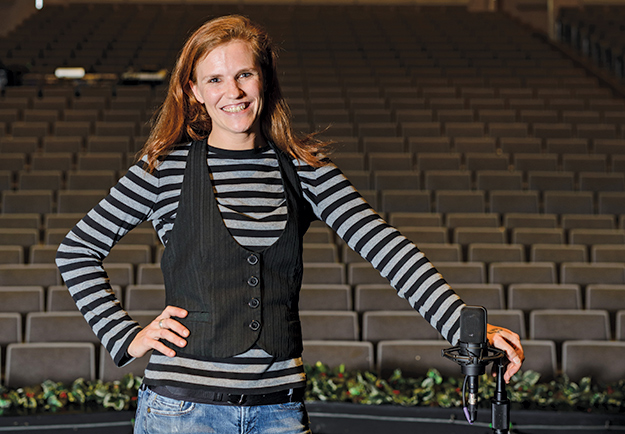 She decided to move back to the area with her fiancé when they were expecting their second child.

Since then, she’s also had twins. So, she balances being mother of four children under four years of age (with the help of her family and friends) with her work where every day is different.

She could be putting together a dance recital or organizing equipment for student government speeches or helping with one of the many shows that come to the auditorium.

“One of my childhood goals has been realized,” says technical specialist Hannah Funderburke. “I love making the visions of other artists happen.” 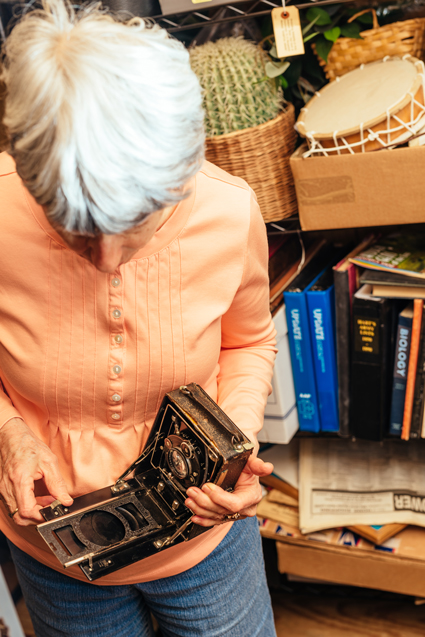 For a few years during her intensive training and work as a pediatrician, SUE ZARUTSKIE wasn’t active in theater.

That didn’t last long, though.

While she was living and practicing in Raleigh, she started volunteering. And when she was to be stationed in Germany, she made sure there was a theater.

“Many of the larger military bases have one,” she says.

While in Frankfurt, she was running the spotlight or painting sets. When her time as an Army doctor lapsed, she transitioned to a paid position as a theater assistant. While overseas, she met her current husband, Eric Robinson, and eventually the couple moved to Wilmington.

They are now both busy in the local theater scene, at the former Browncoat Pub & Theatre and Thalian’s Cube Theatre, for example, where she mostly volunteers as a propmaster.

“Eric’s forte is the technical side of props,” she says.

Zarutskie has become adept at creating period newspapers and letters on her computer, as well as the complicated dance of as “begging, borrowing, buying, and renting props.”

She’s made edible prom corsages, an Erector Set-model of the Queen Mary, and a wall-climbing tarantula. She’s also acquired a good deal of vintage props over the years, not including those that were left behind (unfortunately) in Europe. It includes twenty or so telephones, old radios, cameras and tape recorders, four typewriters, and a pre-1950s hairdryer.

“The thing about a good prop, is that you don’t notice it,” says propmaster Sue Zarutskie.

Still, she likes to be one of those in on the magic, and know how the illusions are created.

It was early in LILY NICOLE’s life that she learned the joy of theater, as an actor and as someone who helps behind the scenes.

She began to participate in middle school and was acting and building sets in high school and college. While studying theater at the University of North Carolina Wilmington, she tried to learn as much as she could, about both the art of performance and the many technical sides of production.

“I tried to customize it so I could dabble in all aspects of theater,” she says.

Earlier this year, she became an assistant theater technician at Thalian Hall – “It’s my dream job,” she says.

In recent months, she’s been able to work with the popular Cucalorus Film Festival, organize logistics for touring ballet companies, and act as costume assistant for the well-known Reduced Shakespeare Company.

“One of my favorite things about the job is that I still get to learn,” says UNCW theater student Lily Nicole.

Her training continues with the help of the producers and designers who come through Thalian throughout the year.

“And I get to do it in one of the most beautiful theaters,” she adds.

Last year, Nicole was focusing on her work, but a goal for 2017 is to audition, and perform, more. 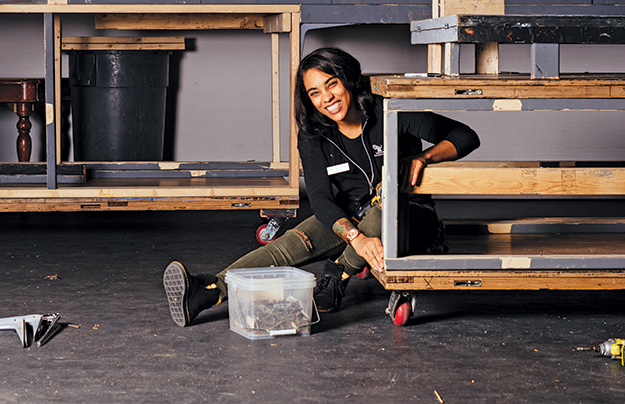