Wilmington native, Lynn Casper, has created the Feminist Playing Cards. Each card features an illustration of a noteworthy female musician by a female visual artist. From Yoko Ono to Sinead O’Connor, the pack of cards provides a snapshot of 56 female musicians illustrated by 14 artists.

“Somewhere out there, there’s a girl who doesn’t know she can do incredible things, because she hasn’t been exposed to the many women who have. Hopefully projects like this will empower her to know she can do anything,” Casper said.

She raised $12,954 on Kickstarter to create the Feminist Playing Cards, which is a side project of her music website and podcast, Homoground, that aims to unite the lesbian, gay, bisexual and transgender music community through events such as the Pink Sheep Film Festival at City Stage.

The playing cards are available at feministcards.com for $24.99.
– By Lindsey Yeager 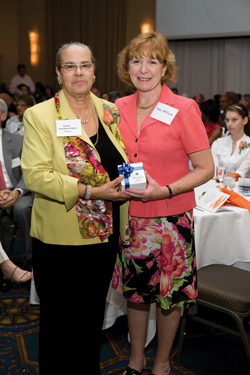 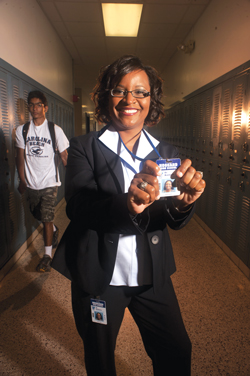 Pamela Baldwin, Hoggard High School principal is the new assistant superintendent of curriculum and instruction in Scotland County. Baldwin has been principal of Hoggard for over a year. She has worked previously at many different levels in education ranging from teaching high school science to coaching gymnastics and track. Baldwin says she is looking forward to working in her new position and she appreciates the love and support from friends and colleagues.

“I am very excited about the new challenge, but will miss my Hoggard family,” she said. “I know that the fine staff at Hoggard High School will continue to do great things.” 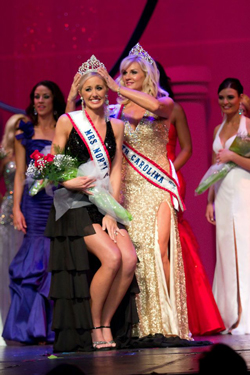 She lives with her husband, Wingate Edwards and their son, Walt, 2, in Wilmington where she is the state spokeswoman for the Juvenile Diabetes Research Foundation. Top contestants received prizes worth over $2,500 each, while Edward’s winning prize package was worth over $100,000. 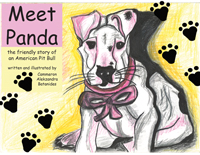