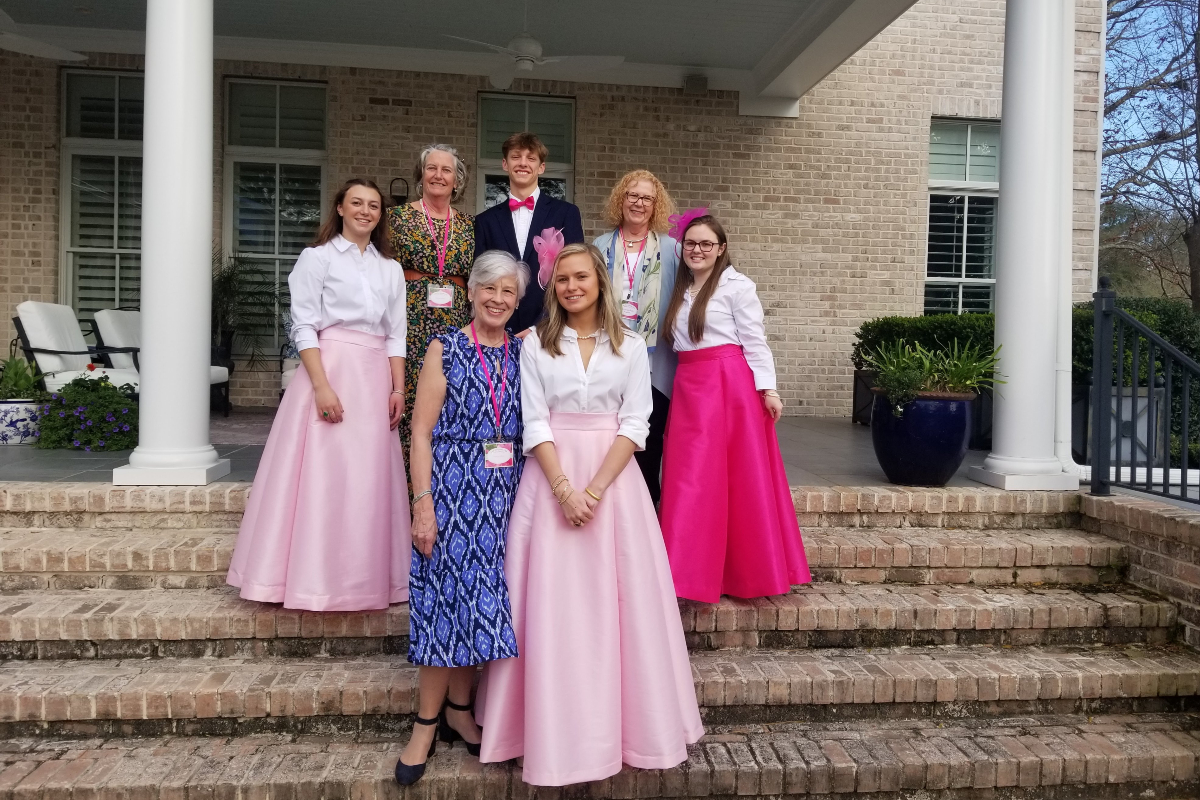 One of North Carolina’s oldest garden clubs is displaying a more contemporary side with the debut of its Azalea Ambassadors.

“Change is inevitable,” Azalea Ambassadors Committee Chair STEPHANIE DURNER says. “We want to be a part of that.”

Ambassadors include boys for the first time, and the students will greet and talk with visitors on garden tours.

“I’m really excited about our young people taking a more active role in the tour,” Durner says. “With the former Belle program, they were lovely in the gardens, however, they didn’t have a lot of interaction with the attendees other than their photos.”

The Cape Fear Garden Club Azalea Garden Tour has been part of the North Carolina Azalea Festival since 1953, and high school girls represented the club as Azalea Belles starting in 1969, according to the club. The Belles program ended in 2020 amid criticism over the antebellum dress style – a pre-Civil War period before slavery was abolished – and the Ambassadors program replaced it.

“Our country has been through a lot in the last few years, not only with COVID but racial tensions and just culturally changing,” Durner says. “We need to be in tune with what’s going on with our world, and we need to be able to evolve and grow.”

“It’s a healthy move in terms of being more accessible to encouraging everyone in our community to come and enjoy the tour,” BARBARA DOWNING, Cape Fear Garden Club’s chairperson for media and communication, says of the Azalea Ambassadors program.

Seventeen high school students – sixteen girls and one boy – make up the first group of Azalea Ambassadors. COVID delayed plans for a 2021 debut.

The Azalea Ambassadors program is open to juniors and seniors attending public or private high schools in New Hanover County. Students outside the county may be eligible if parents or grandparents are garden club members.

The garden club has been preparing Ambassadors with information about gardening projects, community grants, conservation efforts, and native plants, Downing and Durner say.

Ambassadors will wear blouses and skirts or khakis with a shirt, blazer, and bow tie. Fabrics are bright garden colors – such as pink, fuchsia, aqua, and yellow.

“They’ll all match and complement each other, and they’ll be bright floral colors that will pop in the gardens,” Durner says.

The garden tour is scheduled for April 8 – April 10, with the theme, “Where Flowers Bloom, So Does Hope.”

Twelve gardens are scheduled for self-guided tours, and another will be open for the ribbon cutting. Two gardens are public – Harbor Way Gardens in Wrightsville Beach and Airlie Gardens; the others are private homes.

Ambassadors may attend other festival events, including a celebrity reception, some art show exhibits, and a children’s tea.

“This is a good opportunity for them to learn poise and interaction with people and life skills that we hope will serve them well into the future,” Durner says.

The Cape Fear Garden Club, which will celebrate 100 years in 2025, uses funds from the garden tour ticket sales for community grants and beautification. Since 2003, members have raised more than $1 million, according to the club.

“While we love our plants and flowers, it’s not all about that,” Durner says. “It’s about giving back to the community.”