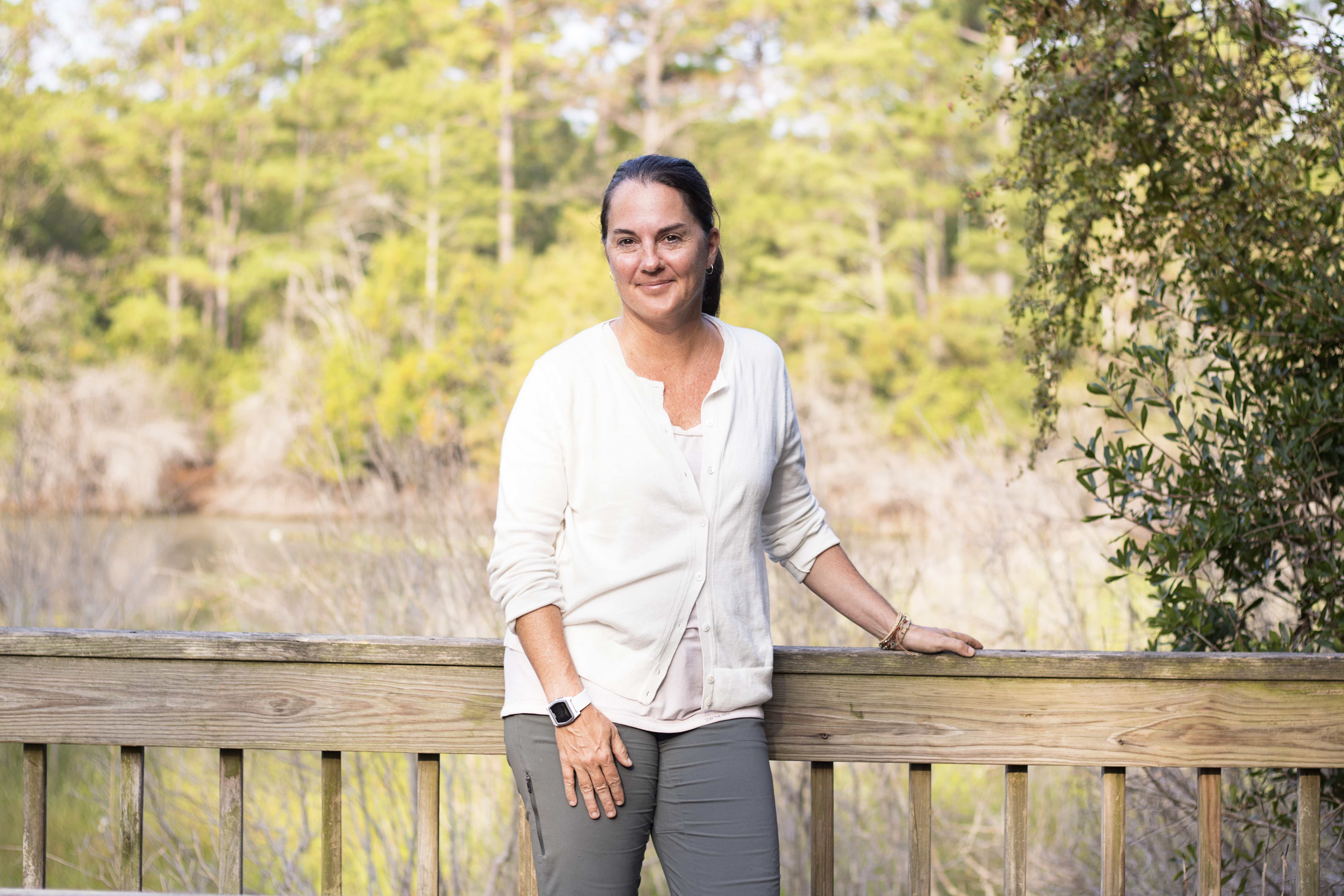 If you see ANGIE CARL and her crew out and about, no need to be alarmed. It does not mean there is a dangerous fire but one that has been carefully planned and is actually beneficial to the region.

Carl is the coastal fire and restoration manager for The Nature Conservancy in North Carolina. Why plan a fire? Turns out planned fires are “necessary to reduce vegetation and provide nutrients to our forests,” she says. In her role, Carl oversees and manages 40,000 acres of land in North Carolina that includes Wilmington and surrounding counties.

“Without planned fires, we would lose valuable wildlife such as the Venus flytrap, which is native to Southeastern North Carolina,” she says. “Also, longleaf pines across the region would disappear. So, too, would the red-cockaded woodpeckers and a host of other carnivorous and rare plants that need fire to thrive and survive.”

Carl’s appreciation for fire began in her late twenties when a torch was placed in her hand.

“It started from there,” she says.

Her career began in Indiana working prairie burns. After Indiana, she moved out west to Oregon working for the U.S. Forest Service fighting fires. A job opportunity presented itself in Wilmington, and she ended up staying.

“I came to Wilmington almost sixteen years ago and never left,” she says. “Even though a fire is a fire wherever you go, I admit I did not know anything about the natural habitat here.”

As it turns out, she got attached to the “subtle beauty” in the region and found Brunswick and New Hanover counties a “biodiversity hotspot”. 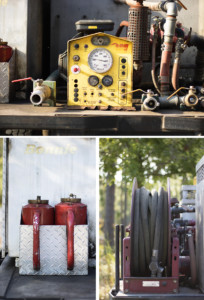 “Planning a burn is a complex process and takes multiple days/weeks to organize,” she explains, adding that she works with different agencies and crews in the area.

Her prescribed fires can range in size from seven acres to 700 acres, with some as big as 5,000 acres – especially those done in the Croatan National Forest near Havelock. With the population increasing in New Hanover and surrounding counties, the process is only getting more intense.

“There are just more and more people moving into our area, and that means more I have to think about,” she says.

Among other things, one of her main safety concerns is smoke fallout. A typical day starts for her at 5 a.m. with texts and calls to her team. Her work is dependent on the weather, so she has to be ready for things to change at a moment’s notice.

“My job is based on the weather, and I am constantly evaluating the conditions,” she says.

Carl’s passion and devotion to her career are ultimately evident in the annual Fire in the Pines Festival.

She started the event in 2013 to spread awareness about controlled burning and its benefits.

“The festival lets me educate the public about what I do in a lively and entertaining way,” she says. The highlight of the event is when Wilmington Mayor Bill Saffo ignites the torch for the finale. “He lists the lighting as one of his favorite things to do.”

Fire in the Pines Festival

The event organized by several groups including the city, The Nature Conservancy, and the North Carolina Forest Service. A demonstration controlled burn takes place, and fire equipment to see will be on display. The family-friendly event also features games, food trucks, live music, live animals, crafts, face paintings, a scavenger hunt, and more.

What work does the Nature Conservancy do in North Carolina?

“The Nature Conservancy is the largest conservation organization in the world. It operates in seventy-two countries and has offices in every state of the U.S. Each state operates as its own unit. In North Carolina, TNC has conserved over 700,000 acres. … We still own, manage, and restore 90,000 acres, and 40,000 is managed from the Wilmington office … We just purchased a tract that has a cypress tree cored at 605 BC, making the cypress tree now the fifth-oldest tree species in the world.”

Besides your role with controlled burns for the group, what are some of your other responsibilities with the local office?

“My work extends north to Croatan National Forest and south to the border. I manage the office and staff that manages and maintains the properties that we have in the southeast coastal plain. We are restoring native pines, grasses, and fire back on the landscape. We also manage partnerships with many other conservation agencies and organizations to do restoration and management on a larger scale. Last year alone, the crews we hired with joint grants helped burn over 30,000 acres and do restoration work on over 10,000 more.”

When you worked for the U.S. Forest Service in Oregon, did you respond to wildfires?

“I did respond to wildfires. I worked on a handcrew. I still work on wildfires. In fact, I usually use some of my vacation time to go on firefighting assignments. Last year, I spent two weeks in Washington state near the Canadian border.”

What made you want to start the Fire in the Pines festival in 2013?

“Fire is such an important part of our Southern forests and a big part of our culture. New Hanover, Pender, and Brunswick counties are some of the fastest-growing counties in the country. As more people move in that don’t have the history with the fire culture, I thought it would be a good idea to show them how a burn could be done safely.”

How did this year’s event in October go?

“It was a great success. I do not have the numbers yet, but I am betting we had higher attendance than previously. The fire was ignited by Mayor (Bill) Saffo and Sen. (Harper) Peterson.”