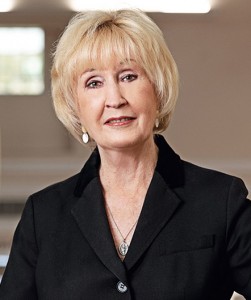 The New Hanover County Airport Authority recently elected DONNA GIRARDOT as chair of the board for a third consecutive term.

Girardot in 2018 became the airport authority’s first female chair, after in 2014 becoming the first woman to have a seat on the board in twenty-five years.

Girardot previously served as head of the Wilmington-Cape Fear Home Builders Association and Business Alliance for a Sound Economy.

Harry Stovall was named vice chair and Spruill Thompson was selected as board secretary.

Rhodes served twenty-one years in the Air Force, holding several senior management positions in systems engineering and acquisition program management, according to a news release. After retiring as a lieutenant colonel, Rhodes worked as a management consultant.

CFCC Foundation Adds to its Board