Mother of Wilde brings hope and faith after loss 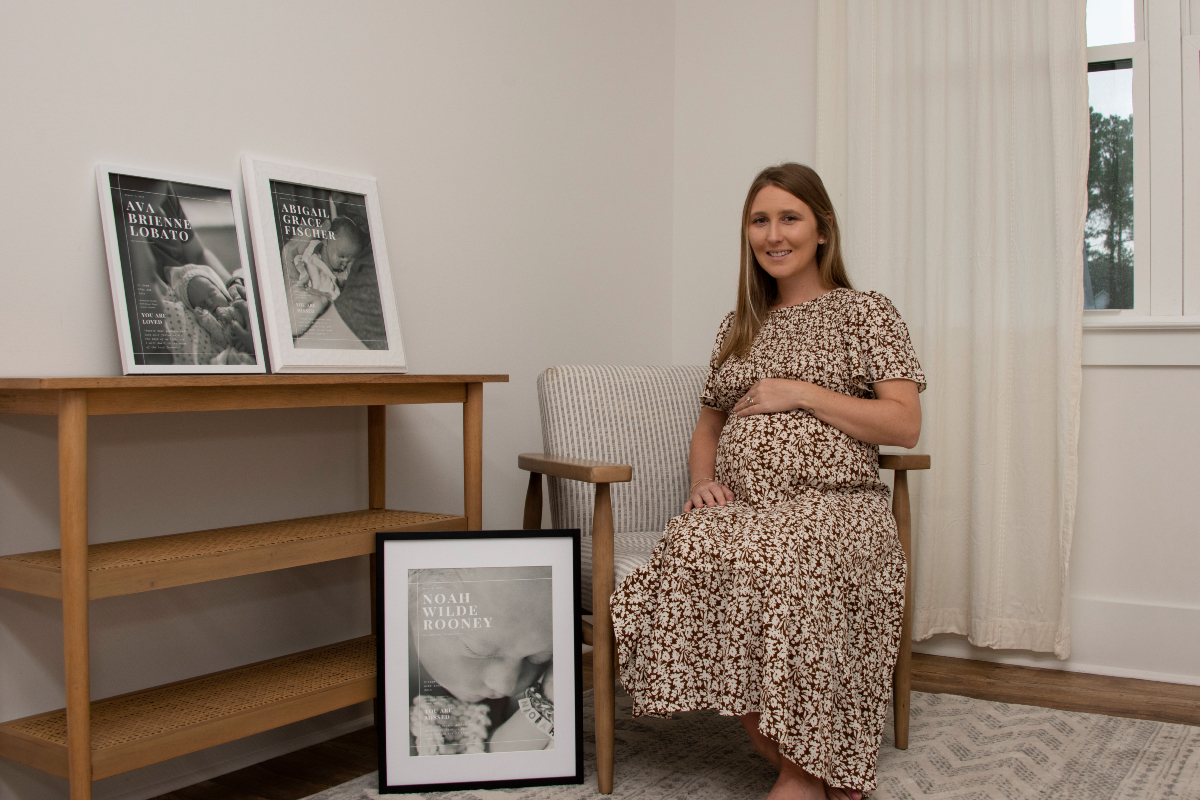 Wilmington native and University of North Carolina Wilmington alumna MORIA ROONEY recently turned her marketing background into a national resource that supports bereaved parents. Her faith-based ministry Mother of Wilde was inspired by her son NOAH WILDE who was stillborn at thirty-five weeks on March 9, 2021.

“We were heartbroken and completely devastated to realize our son had unexpectedly passed away shortly before birth,” she says.

Rooney found it hard to go back to her previous jobs after the death of her son. Three months after Noah passed, Rooney connected with several online support groups. She discovered that the community had a surprisingly common theme that was more than the fact that all of the mothers experienced loss. “These parents felt robbed of sharing the most intimate details about their baby who had passed away. They wanted more opportunities to talk about their baby and share birth information, even photos,” Rooney says.

Rooney knows the sad statistics. One in four pregnancies ends in miscarriage. One in 160 pregnancies are stillbirths. “Many parents assume that once they’ve reached the twelve-week pregnancy mark they will come home with a healthy baby. But unfortunately, that’s not always the case. Stillbirth is more common than many people realize,” she says.

Rooney personally felt a spiritual pull from God to create something for those who experienced miscarriage, stillbirth, and child loss. “I wanted to pour hope back into families who had experienced loss,” she explains.

In June 2021 she and her husband BRIAN ROONEY started creating memorial prints. The first one was in honor of Noah. It included birth details and a scripture verse. Over the past year, the couple has shipped over 400 one-of-a-kind keepsakes across the country and internationally from Mother of Wilde.

The memorials have brought healing to the Rooneys and their customers. “Family and friends are often hesitant to talk about the loss of a child, fearing they will remind you that your child died. Bereaved parents live with that reminder daily. That’s why I think our memorials are so special. Our memorials give families another opportunity to honor their baby, say their baby’s name, and share their story,” explained Rooney.

Mother of Wilde also creates birth prints for living children, memorials for miscarriage with floral backgrounds, and unisex sweatshirts and hoodies personalized with the baby’s name and birthday. A portion of the proceeds is donated to one of the twelve faith-based nonprofits that share a similar mission to support newly bereaved families.

Rooney has also participated in several podcasts including Tuesday Tea with Sweet D and Cradled in Hope where she openly shared her story of Noah, and talked about support for dads, and Mother Wilde.

Noah’s memorial hangs in the Rooney home next to photos of their three-year-old son. They are currently waiting for the birth of a daughter. “Pregnancy after losing a child is hard to put into words. It’s mentally and emotionally challenging,” she says.

Rooney has no intentions of pausing the ministry after her daughter is born. “Mother of Wilde is heavy but so very rewarding. I truly feel it’s a gift that the Lord revealed to me through Noah’s short life. It’s incredibly humbling to give families hope again and a new way to see their child. We believe even the smallest of lives deserve to be celebrated.”