The O'Donnells on choosing their culinary path 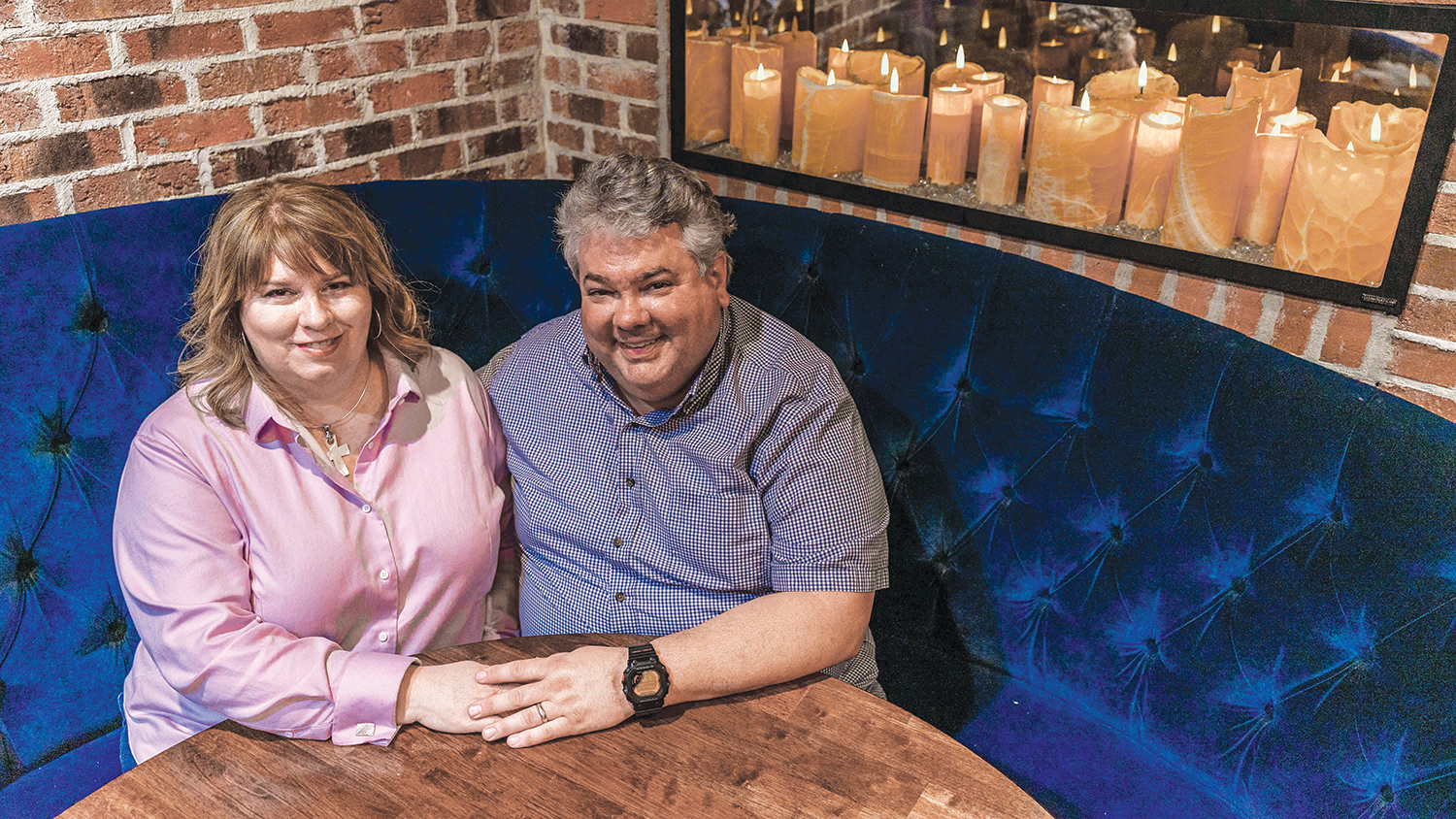 Junction 421, named for the Monkey Junction crossroads near where it sits, is an American bar and grill serving comfort food with a heaping side of Southern hospitality.

Owners SHIRENA and JONATHAN O’DONNELL were at a crossroads themselves when their Bayshore home was destroyed during Hurricane Florence in 2018. Jonathan O’Donnell had been contemplating a change after working as a managing partner at Carrabba’s Italian Grill for over fifteen years, and they suddenly found themselves at an unexpected low point.

But, the couple, who will celebrate their tenth anniversary this month, share a strong commitment to their faith and felt certain the tides would turn in their favor.

In January 2019, Jonathan O’Donnell had the opportunity to interview with Circa Restaurant Group owner Ash Aziz, who launched Junction 421 in late 2018.

Shirena O’Donnell says her husband returned from the two-hour interview with a spark of passion she hadn’t seen in a long time. Aziz encouraged Jonathan O’Donnell to work with him for a few months to see if it was the right fit.

“Ash has a wonderful reputation and is one of the kindest, most generous individuals,” Jonathan O’Donnell says. “He has been an incredible mentor.”

After just a few months Aziz offered to sell the restaurant to the O’Donnells, and the couple didn’t hesitate to accept.

“I knew it was our blessing after all the trials and tribulations we had been through,” Shirena O’Donnell says.

Owning his own restaurant was a dream of Jonathan O’Donnell’s since childhood. He attended the school of hospitality and restaurant management at the University of Nevada, Las Vegas, and worked for large hotels in Las Vegas and Austin, Texas, before moving to Wilmington.

In taking over Junction 421, Jonathan O’Donnell says he wants to continue building on the foundation Aziz had set.

“Ash is so good at what he does that I felt it was wise to follow in his footsteps and continue his legacy,” he says.

The menu at Junction 421 features appetizers such as fried pimento cheese and homemade crab dip, several entrée-sized salads, and flatbreads that can be prepared with a gluten-free cauliflower crust. 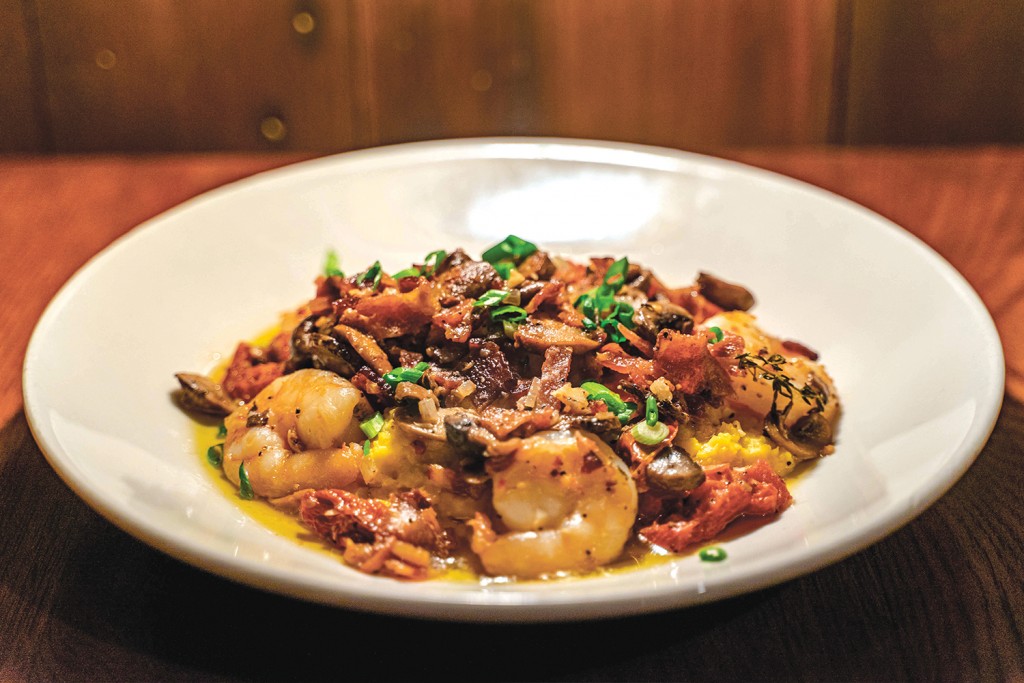 Guests will find a variety of modern American classics such as fresh-ground burgers prepared with ground chuck and brisket, shrimp and grits, fish and chips, and bacon-wrapped pork tenderloin with cranberry port sauce.

“We make food with love, we serve with great hospitality, and we put care into everything we do,” Jonathan O’Donnell says. “And, I think you can feel that; you can taste that in our food.”

As co-owners, this the first time the couple has worked together, and both agree they have found joy in it. Jonathan credits Shirena with embodying many of the strengths he says he himself does not possess.

“I tend to be very focused on the task at hand, and she can see the big picture and has a lot more vision than I do,” he says. 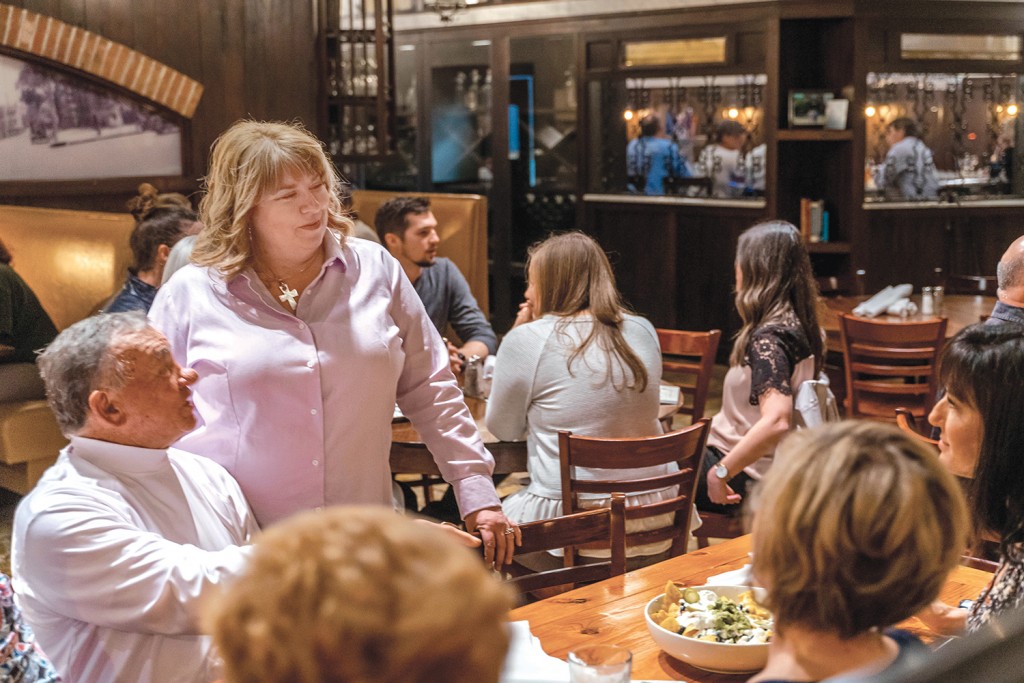 Shirena O’Donnell is working to find more opportunities for the restaurant to partner with charitable organizations for both on- and off-site events.

“It’s something I’ve been involved in my whole life and is very important to me,” Shirena O’Donnell says. “We’re trying to do well by doing good.”

One of the events the couple looks most forward to is Junction 421’s monthly four-course wine dinners.

“We now have guests who met at previous wine dinners making their reservations together because they’ve become friends through this shared experience,” Shirena O’Donnell says. “Creating opportunities for our guests to connect and make memories is truly heartwarming.”