Locals retell the growth of a community

When CHERYL SERRA and ARTHUR HILL were editors of Cat-Tales magazine, the award-winning publication for residents of St. James Plantation in Southport, the president of the Plantation Property Owners’ Association asked them if they knew anyone who could write a book about the history of the community. They said they did. Four-and-a-half years later, after collecting and verifying historical information and holding many interviews, they co-authored the book “A Sizable Number of Miracles: The History of St. James Plantation.”

The book is the story of Homer Wright, whose vision led to the development of St. James Plantation, which rose from acres of wetlands and undeveloped land farmed for its pine trees. “I thought Homer was a fine gentleman when I met him. I learned this was an understatement. People spoke highly of his intellect, vision, kindness, and honesty. I appreciate his twinkly sense of humor and I admire him tremendously,” said Serra.

CHERYL SERRA is an award-winning writer who studied journalism and English in college. She began her career as a journalist and over time has worked in marketing, communications, public relations, and publishing. Serra is currently a freelance writer and marketing communications professional. 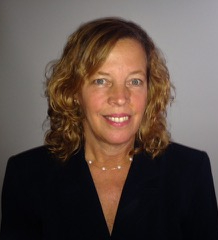 Hill, whose first writing position was with Time Magazine during college, was a speechwriter for a U.S. senator and worked as a freelance writer in Washington, D.C. and in public affairs for the U.S. Postal Service. 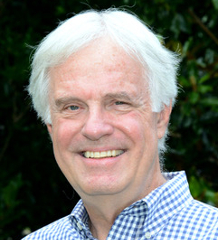 This is a first book for both Serra and Hill — a bucket list item for Hill and something that many people encouraged Serra to do. WILMA talked with both of them about their journey to publication.

WILMA: What is this book really about?
SERRA and HILL: The book is the story of Homer Wright, his vision, persistence and honesty. It’s also a story about teamwork, volunteerism and pride.

WILMA: Why did you agree to write this book?
SERRA: We wanted to serve St. James by creating a book that would document how the town and community came to be. We wanted to celebrate the many people who worked hard to make the vision come to fruition. And we wanted to provide a record of the history of St. James.

WILMA: Who were your sources of historical information?
HILL: The earliest residents, called The Pioneers, were very helpful. So were long-time residents. We also received a huge boost from a former columnist for the Greensboro News and Record who lives in Homer Wright’s hometown and who wrote a private biography about his family. And of course, Homer and others who worked on the project throughout the decades gave us a lot of information.
SERRA: We were always cognizant of trying to include as many people who were involved in building the community as we could identify. We constantly fretted that we would inadvertently leave someone out.

WILMA: What surprised you the most as you wrote the book?
SERRA: I never thought about how someone would approach building a community like St. James. In those early days, it must have been hard for people to picture what would rise out of the stands of pine trees and the infrastructure-less land. And it was fun to hear the stories of how life was for those early dreamers.
HILL: We were gobsmacked by the faith that the earliest property owners had in Homer when all they could see was wetlands, dirt roads, and pine trees.

WILMA: What was the journey of writing the book like?
SERRA: There were actually two journeys — one researching, interviewing and writing the book, and the other marketing of the book. We had many conversations about the content of the book. We didn’t want it to be a dry recitation of facts or list of deeds and documents. We wanted to humanize it by telling the stories of the people involved. And I knew there was a lot of work to be done after we typed “the end.” During the research phase, we worked with a videographer to create small promotional videos of Homer as he walked through the community. These teasers were emailed to residents to promote the book. 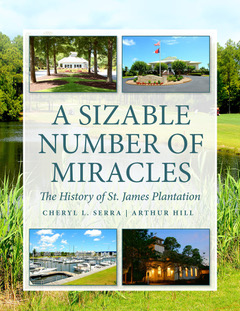 WILMA: What was most fun about writing the book?
HILL: Working with Cheryl was great fun, even when she busted my chops for consistently missing our self-imposed deadlines. It was also gratifying to learn so much that is good about the community where I live.

SERRA: I truly enjoyed working with Art. He had great ideas and is a word wizard. I also enjoyed watching those we interviewed recollect earlier times, faces lighting up as they reminisced.

WILMA: Will you write another book?
HILL: I have a great sense of satisfaction from writing this book. I’m already thinking about the next one.
SERRA: Yes, maybe now I will try it again!

Copies of the book are available at the St. James POA office and soon on Amazon and other online booksellers.