Pen to Paper to Stage

SUSAN STEADMAN, executive director of the Port City Playwrights’ Project, is a competition-winning writer whose comedies have been performed internationally as well as published in prestigious theater journals.

Her collection of one-act comedies, What Doesn’t Kill Me, was performed in Wilmington in 2014 and got top marks from critics as well as audiences. 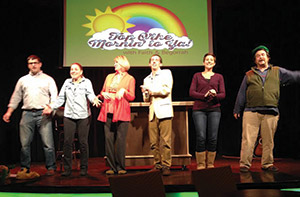 PENNY KOHUT, member of Page to Stage Unlimited theater company, is another local master of the comedic genre. She has written several works for Wilmington audiences, including the highly acclaimed plays Top O’ the Mornin’ to Ya, Charlie Murphy’s Fond Farewell, Murder at the Mansion, and MacDeath.

And while the University of North Carolina Wilmington senior MEGHAN COOKE is on the cusp of her career, she is already delighting audiences with her comedic sketches at TheatreNow’s Sketch Comedy shows. She is a writer with Pineapple-Shaped Lamps, Wilmington’s sketch comedy troupe, and her work, in addition to being performed locally, has been showcased at the North Carolina Comedy Arts Festival and Florida Supercon, a convention for comics.

Comedy calls to these women regardless of their other involvement in the theater. Both Steadman and Kohut have acting and directing in their repertoire, but writing comedy draws them back again and again. Steadman says she can’t escape it, that even when she starts to write something serious, it’s comedy that comes out.

“I didn’t choose comedy, it just slips out,” Steadman says.

Though Cooke started out majoring in film, she quickly gravitated to writing and hopes to combine both interests in the future. 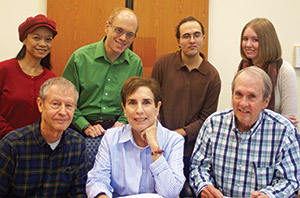 The one thing none of these writers lack is inspiration. Their creativity is such that the most mundane can serve as the germ of a play. For Steadman, one time it was mention of leftover pork roast. From that she wrote Filling Spaces, a complex comedy that explores the way people try to fill the empty spaces in their lives. Kohut’s inspiration may be a friend who resembles a celebrity, or she may simply be asked to write a play, and she’s off. Cooke, meanwhile, bases many of her sketches on her personal life, mining embarrassing or stressful moments for their humor.

Once they have the idea, there’s the writing, which often comes in fits and starts.

​“There’s a lot of work once I get the spark,” Kohut says. “I can get in a grove and be on a roll, then I hit the spot: how am I going to finish, I’m out of gas. Then I tap back into the stream of creativity.”

Finally, perhaps, the hardest part. Does the play do what the writer hopes? Steadman, who wants her plays to instruct as well as entertain, often infuses her work with a political or social underbelly. Cooke, too, hopes to make people think as well as laugh. She hopes that when people see human experiences in a humorous light, it helps them feel better about their own follies. Cooke also uses her comedy to help people see another side of a situation.

“I see something that is normally accepted in society and explore it,” Cooke says. “I see it in a new light and how it can be funny.” 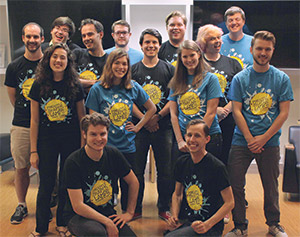 Kohut, on the other hand, has one simple, but no less worthy, goal: for audiences to be uplifted when they leave the theater.

“I like to make people forget stuff for hour, to get lost and leave the theater feeling better than when they came in,” she says.

No matter their motivation, all three women derive joy and satisfaction from writing comedy.

“There is an incredible feeling of fulfillment when it works,” Steadman says.

Fortunately, all of these women are wielding their mighty pens to bring Port City audiences more laughter, more fun, and more insights into themselves and the world.

Steadman is working on two pieces: Winners and Losers, which will be shown at the Cape Fear Playhouse, and The Judson Cycle, venue to be determined. Kohut is writing a sequel to her popular Top O’ the Mornin’ to Ya for TheatreNow as well as additional plays for Page to Stage Unlimited. And Cooke is working on a new sketch, which will show on the second Wednesday in February at TheatreNow.